A colleague (thank you Mary) recently sent me a link to an excellent article all about stinkbugs that ran recently in, of all places, The New Yorker. (Is there anything too erudite for those guys to cover?) For readers who don't know what a stinkbug is, (you must live in Louisiana, Oklahoma, South Dakota, Montana, Wyoming, or Alaska, the last remaining states where the pest hasn't been reported.) it is a dime-sized armor-plated bug, named for it's tendency of releasing a foul smelling chemical when killed or crushed.
I won't recount the entire, exhaustive article, titled "When Twenty-Six Thousand Stinkbugs Invade Your Home," but I'll give you some of the highlights of things I have always wondered about the little stinks.
The stinkbug is native to East Asia—mainly China, Taiwan, Japan, and North and South Korea, where local predators keep it in check. Scientists believe it came to America in the late '90's, probably in a shipping container from Asia. The first stinkbug sample was presented to scientists by a gentleman from Allentown, Pennsylvania. It was soon identified as the Brown Marmorated species.
The insects appear everywhere, it seems. And they are destructive little buggers. According to the New Yorker, the stinkbug is "highly polyphagous, meaning that it will eat a stunning range of things. For instance, it, too, will eat ash trees. But it will also eat birch trees, juniper trees, cherry trees, tulip trees, maple trees (fifteen different kinds, including sugar maples, big-leaf maples, and vine maples), buckeyes, dogwoods, horse chestnuts, black walnuts, myrtles, magnolias, willows, sycamores, hemlocks, elms, and oaks."
"That is just a sampling, of just the trees. In other domains, it will eat a lot of things you probably eat, too: broccoli, asparagus, tomatoes, eggplants, okra, chard, cabbage, collards, bell peppers, cucumbers. It will eat pecans and hazelnuts. It will eat hops and grapes. It will eat apples and pears, raspberries and blackberries, apricots and peaches and nectarines. It will eat, like a medieval princeling, figs and quinces. It will eat, without apparent discomfort, horseradish and cayenne pepper, habaneros and jalapeños."
"So far, scientists have discovered more than two hundred and fifty plants that the brown marmorated stinkbug will consume. Together, those plants represent every major agricultural and horticultural sector of the American economy: vegetables, fruit trees, berries, nuts, ornamental plants, and row crops, including sweet corn, cotton, soybeans, and virtually every other legume," says The New Yorker.
Living in the Hudson Valley, our household has developed a harmless bit of mental game-playing which we use to reduce the annoyance level of seeing one every ten minutes - on the ceiling, on a toothbrush, on a pillow, by the dog's food dish, on the edge of the toilet lid - there's no telling where one will appear and it gets annoying after a while.
We pretend there's only one, one which just keeps re-appearing throughout the day. And we've named him Cedric. In our house, it's not unusual to hear a shout of mock surprise such as, "Cedric's apparently escaped from the sewer! He's landed on my laptop monitor." "Cedric's gotten out of the vacuum cleaner and likes your toothbrush handle." "Cedric's thirsty - he's in the toilet again."
We suggest you use this little trick to at least ameliorate the discomfort of seeing your Cedric appearing everywhere, and constantly desecrating everything that's clean, edible or sacred in your home. So the next time you see a stinkbug, a slow, stupid, destructive, disrespectful but in-irradicable little insect which you just can't bear, reassure yourself that there's only one.
Perhaps you could name yours "Donald."
Like favorite_border
favorite_border 0
Re-Blog
repeat 0
bookmark_borderbookmark

Groups:
POINTLESS REMARKS - We're the group your Mother warned you about! 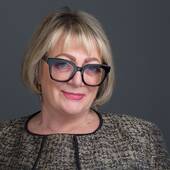