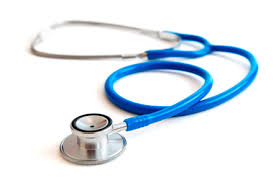 My wife and I have a Health Savings Plan. Overall it works well for us, our deductible is $3,500 each or $6,000 max for our family. We pay it first with our plan. Normally my wife places the $6,000 (pre tax) into the account each year and her employer contributes about $3,000, it can roll over to retirement but we seem to spend it every year. You can't get the money back, unless you roll it into a retirement.

This year we cut back a bit on our contribution, we have been trying to pay off some debts and have allocated the money to that. We figure if we get sick and need the HSA we can always use other savings. I have a condition called "Steak House Syndrome", it causes food to sometimes get lodged in my esophagus. Over this past year, it has gotten worse and I went to a GI Doctor this past week.

While there, I recalled seeing another GI Doctor for the same thing 10 years earlier who prescribed using a acid pump inhibitor to control my stomach acid as he thought acid reflux was the root cause of my issues. The use of the medication worked well, however a little more than a year ago I stopped taking it as the news had not been good for such medications.

When I received a call from the new GI Doctor stating they wanted to perform a ERCP (stick a camera down my throat) at an out of pocket cost of $900 (which I would have to pay cash since I have not been contributing to our HSA), I recalled that the symptoms started right after I stopped taking my medications prescribed 10 years earlier. I started taking it again that night and low and behold I am again cured.

In thinking about this, if my insurance would have paid the $900, I would have had the ERCP without thinking of it, only to be later told to start taking my medication again. It was interesting to me that the cost of the procedure (out of pocket) is what caused me to recall my prior diagnosis and not the idea of having a camera stuck down my throat. Looking back over the past ten years, I wonder how much other stuff I just spent the money on when there really was not a medical need, only because I had it or insurance would cover it. How silly, I am willing to waste the money (just because it is not mine) and how foolish I am to not see that it really is mine, be it in insurance premiums or HSA accounts that I am wasting all because I chose to Doctor myself and not take my medication because of a report on a news outlet.

Not trying to start a political debate or health insurance discussion, I just thought it was interesting that I was so willing to quickly spend money I do not see and so quick to stop the needless spending once it became real cash from my pocket.

If you have enough options, you can thank shop around like you’re at the mall. It’s interesting, like you said.

Good morning Jim. It reallt shouldn't matter whose money it is but clearly it did.