I found this really informative post by MIKE COOPER

It truly could save your life !  You owe it to yourself and family to check your electrical outlets.

Owning a real estate brokerage and an electrical contracting company has a number of advantages for me.  It's not unusual for me to offer electrical services to a client as a thank you for buying a home through our company.  We just did that for a broken water heater.  It can save the client a lot of money, and it endears them to both of our companies for the extra-mile service.

There is one issue that we run into a couple times a year that everyone needs to be aware of because it is terribly dangerous.  Normally about the time it turns cold or the time it turns hot clients start having trouble with receptacles.  It happens when they plug a space heater or an air conditioner into an outlet.

It works for a while, but then it stops working and normally knocks out whatever is down the line.  The culprit more often than not is what is called backstabbing.  A receptacle that is backstabbed  or back wired is one where the electrician stuck the wires that feed the device into little holes on the back of the receptacle.  It is perfectly legal and has been since the 70s, and it is probably one of the most dangerous "legal" wiring techniques you can employ in your house.

Devices should always have the feed wires wrapped around the screws in a fish hook fashion.  The screws are then tightened down and the connection is solid.  The backstabbed connections expand and contract with high energy appliances like heaters and air conditioners.  When they do that, they begin to break connection and heat up.  The heat ultimately melts the insulation off the wires causing a fire hazard. This past year we inspected one house where the lady lost a line of receptacles, but the breaker stayed on.  When we inspected her devices we found one that not only was a backstabbed receptacle the culprit, but it had charred the 2X4 it was mounted to and had melted about 30% of the box it was installed in.  She was nearing a potentially tragic fire.  I'm glad it stopped working long enough for her to call us.

If you want to check your devices you can do it simply enough.  Turn off the breaker to a circuit.  Take the cover place off and unscrew the receptacle mounting screws and pull it out of the wall.  If the wires are plugged into the back, they are backstabbed.  If they are fastened around the screws, they are wired in the preferred way.  Check a couple more devices to make sure they're consistent, and always make sure the power is off before sticking your hands in any electrical equipment.

3. Ten promises I make to every real estate client.

Give me a call, or email me for all your real estate needs, and let's make something amazing What an awesome re-blog, in all fairness I do not touch anything electrical, and we had my favorite electrician totally rewire the house and update the supply  to 200amps... Endre

I confess I still do my own  MINOR electrical work, just that over the years I have become more cautious, when I change a switch or outlet I turn off main power instead of just the one circuit!

Just checking in it has been a while hope all is well and you are not doing any electrical work that would cause you to stop being on this platform:))just kidding, Endre

Hi Bill! Just checking in to see if you had posted anything recently! I hope all is well in St. Louis and with you.

Bill hope all is well and you did not mess with the Electrical Outlets, Endre

No but I did find a branch circuit in my rental house attic that has not been upated and is still knob and tube wiring.  Gonna climb up there with some marshmallows  to toast

No, I have gotten lazy in my retirement, I keep meaning to write some posts but been busy with my rentals and cars.   no excuses but have not been .

Tell us some stories about your rentals and your cars.

Yes I have to quit making excuses and do some posts.

Bill like Roy Kelley  just checking in.... and see when we will get a new post out of you, Endre

I hope all is going well for you.

Take care, be safe and have an outstanding summer.

Hello Bill great reblog and one that more people should be reading about here in the rain.

I totally agree,  I encourage you to go to the original blog and reblog it again.  It never gets too much exposure.

I hope you are enjoying the summer.

Good morning Bill. Thanks for the reblog by Mike. Missed his original post. Enjoy your day!

Well hope all is well since we have not intereacted in quite some time Happy New Year Bill, Endre

Thank you for helping me learn some safety that might save my life one day! I gave you a follow for this excellent choice iin a reblog

You're such a nice person but I have to wish you have had summer and continued fall season, Roy Kelley 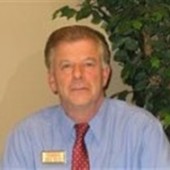