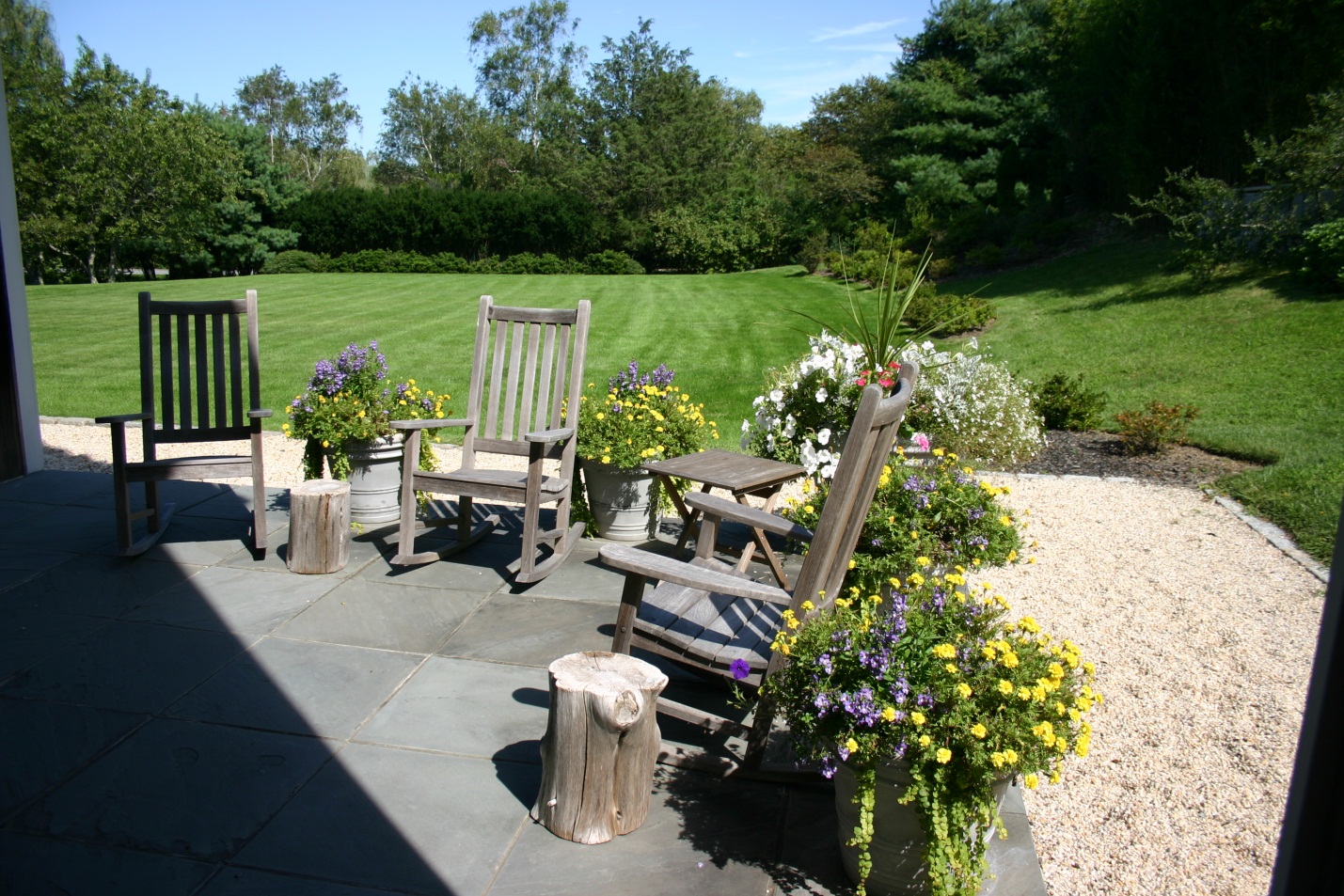 A "GO TO" GUIDE TO THE HAMPTONS--PART II--Casual Chic; that is the best way I can tell you about this part of the Hamptons. There is no bustling Village as you find in Southampton and East Hampton. There are more farmstands than there are shops and grocery stores. The way of life here is guided by the lifestyle that the Hamptons prides itself on: Ocean beaches, grassy meadows, beach plum thickets along the dunes, clam bakes "at the cut", lobster dinners on the beach and a laid back attitude that has been reserved for the rich and famous since time began.... ART II of my "GO TO" guide to the Hamptons. This part will cover the hamlets of Bridgehampton and Sagaponack. In this post I will give you the best parts of these two Hamlets and will identify the differences and the similarities that make them the most valuable and desirable part of the Hamptons to live in.

A BRIDGE TOO FAR

Life is very fine indeed here in this part of the Hamptons! Known for the huge potato fields and picturesque farms, both Bridgehampton and Sagaponack were at one time the flat, vast green pastures and meadows that flow from the highway to the sea--straight out of an Andrew Wyeth painting with the Atlantic ocean as it's backdrop.

Lane. At the head of Sagg Pond the first settlers separated from their original Southampton settlement in 1640 and established Bullhead, later renamed Bridgehampton, after the bridge built across the pond.

Sagg Bridge was built in 1686 by Ezekiel Sanford. The bridge was the link between Mecox and Sagaponack and gave this locality its name of Bridgehampton. So, Southampton Town went through great effort to protect the bridge for many years beyond what it should have lasted. They finally gave in and re-built it in 2012 increasing the load to the 4-5000 lbs maximum allowed to traverse it.

Sagaponack is the home of many film stars and other celebrities who have chosen this heavenly land to build on. Although it is focused now on celebrity, there remains a serene atmosphere with the farm fields and other green space, still welcoming those who choose to drive off the highway and explore the back roads.

Famous for his car the Hummer, Ira Rennert is a billionaire who made his money on Junk Bond Funds  in the 90's. He bought 66 acres in Sagaponack South back in 1994 and proceeded to build "Fairfield", a 66,395,000 SF Limestone mansion that is nothing short of over the top luxury.

There are 26 fireplaces in the house and 29 bedrooms, 39 baths, 164 seat theater, 200 car garage and on and on...The residents of Sagaponack have fought Rennert all the way---even chose to protect their rights from the behemoth that Rennert built by incorporating Sagaponack Village in 2005. This was done to create protection from the Town of Southampton in their efforts to control the rest of the lovely and now not-so-bucolic farm fields.

Bridgehampton was the home of the famous baseball player, Carl Yestremski. His family or remnants still live here and survive the madness that has crept upon the area with a stealth that could never have been predicted back when Carl was a boy, playing baseball on the field on Church Lane right in the heart of Bridgehampton. Yes, it is still there and will remain in perpetuity, I believe. He was the local boy who grew up as a farmer and became a famous baseball hero. Until people forget that he grew up here, he will be a local hero to all the boys and young men who play baseball on the same field.

Across from the baseball field is the Candy Kitchen, known as a meeting spot in the summer for all the summer folk and a great place for breakfast in the winter for the locals. There is also the well-known Pierre's, a wonderful French Restaurant that is filled all the time in the summer and most of the winter too! Then you have Almond on the point at the corner of Ocean Road and Main Street...this is the place where Melons once was---Now long gone, Almond replaced it very successfully in the early 2000's. This was the second location for the fabulous Almond restaurant; it is a perfect year round casual eatery.

The White Elephant that stood for a century or two on the corner of Main Street (Montauck Highway) and Sag Harbor Turnpike has been transformed from its earlier antique store iteration to a 5 star Hotel and restaurant called Topping Rose. Rated the best of all the hotels here on the East End, Topping Rose attracts the elite who need a great place to stay and a top of the line restaurant to eat in while here on the East End.

And don't forget the small farm stands and the famous "Loaves and Fishes" food stalls on Sagg Main, right off the highway as you head into town. Grab a picnic lunch at the General Store, next to the Post Office right on Sagg Main Street. Continue on down that road right to the ocean beaches at the end---The most dreamy part of the Hamptons is at your feet as you step onto the sandy beaches!!

As the antithesis to the grandeur of the huge estates that dot the landscape, there is the last and the only surviving one room school house, right at the corner of Sagg Main and Sagaponack Road. There are still classes held in this charming shoolhouse and it remains as it did 100 years ago, a tribute to higher learning amongst the farms and fields.

Most of the farmers who settled this area have sold out and moved on to greener pastures. A few remnants of the original families remain but they are few and far between.

You can still get a sense of the sprawling farmland; some have remained as just that and it is well worth a trip East to catch a glimpse of the ocean with it's high dunes and major estates spread across the skyline. You will not be disappointed!

What glorious scenes those are, Paula!  And, what a wonderful introduction and guide to the Hamptons!

Hi Myrl! Thanks for reading it---I am so afraid I might over-do it with all the info about the Hamptons--don't want to bore anyone! I do believe that the Hamptons are changing in ways that I never thought they would---I need to give the commentary on what it is about the Hamptons that keeps the public interested. All the new building that has gone on has started to leave a bad taste in the mouths of the people who have been here for decades or longer....So, think of these posts as a tribute to the Hamptons I experienced in the 70's, 80's and 90's and I hope to goodness that we will still see these vistas and experience that delicious and laid back Hamptons lifestyle for centuries to come!

You seriously have to knock it off, Paula. I'm ready to pack my bags and head to the Hamptons. D

Hi Debb: You should get here and soon! As I mentioned to Mryl above, the driving force for me to write about this glorious place is to memorialize all the wonderful things that the Hamptons made famous---people come to the Hamptons to be treated to a feast of farm to table delishousness--to feel the relaxing ocean air and to bring humanity back into their lives. Whether it is a 3 day summer weekend at a summer home or weekend stolen from the ravages of time in NYC...the public comes and they enjoy things much the same as I did 20-30 years ago....but not quite! I sense the changes and it is very unnerving for me and for many of the people whom I know here. So, I appreciate it when you say you "get it"! I love to hear someone who has the bug to get here--it is unforgettable. Just, please do it soon, just in case, OK? look me up when you do get out here too! Thanks for reading...

I would definitely look you up. D

Hi Paula,
Based on your narrative, who wouldn't want to go live in the Hamptons?  Are you ready for that?  LOL

Hi Carol, I gave that some thought---yes, I think it would be terrific. Especially if there is some understanding of the history of this beautiful place! One of the issues I am having is that the new crowd, buying all the big new houses are buying just the new builds so there is no knowledge whatsoever of the history of the area. These buyers are all wealthy, usually very young--looking to be in the most chic area on earth! It is very chic but it is also very precious as far as the history goes. It is after all the earliest English settlement in New York State and is one of the earliest in all the country! We had battles fought here in the American Revolution---we had a fort built by the British where the Police Department now stands here in Southampton Village, and a cemetary with those lives lost in the most vicious battles for the country. We had the earliest whaling towns, North Sea Harbor and Sag Harbor were both the first whaling ports on the East Coast and perhaps the entire country....So it is here that history was made at the first part of the life of this country---so yes I care deeply; but if one understands this history I think we need more people like that! Thanks for reading and commenting!