I heard  the song “Englishman in New York” by Sting the other day.

Well it got me thinking. I’m an English speaking man living in America or to be more accurate, an ex- South African living in Boca Raton.  As Sting laments – “I’m a Legal alien” (aren’t we all)?

Legal yes but not so much an alien anymore. I’ve even started enjoying American football much to the chagrin of my besotted son’s who can call ever play, nuance and stat seemingly long before it even happens. How did that happen? I grew up addicted to Rugby & Cricket and the only helmets I ever saw in sport was at the local dodge car drag strip in Cape Town.

So the question I always asked them is wouldn’t it be safer if they did AWAY with all the helmets & padding in football and made it more like rugby? I did a little research into this and found out that the answer is anything but clear. Football would appear to have more brain related injuries while rugby has more serious spine related ones. Brutal sports both, but hugely popular & entertaining.

The thing I’ve learn’t  is that sport is the one common denominator across all nations. It joins, binds & unites people from all walks of life. Much like Realtors, it brings happiness.  It doesn’t care if you are an Englishman, New Yorker or even a legal alien…..

As Sting says: ” “Be yourself, no matter what they say”.

I am a Legal Alien myself, lately, I am worried about ICE, should I be? I have no criminal background, lol except for a speeding ticket but still...

Welcome to active rain. Good luck in achieving your goals

Thanks Gita. You too.

Welcome to this blogging community! Congrats on your first post.

All the best with your business.

Sports do seem to be popular everywhere you go, welcome to America! 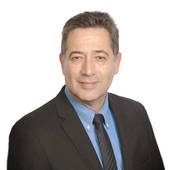 Real Estate Industry over 4 years ago
bookmark_border
Can a HOA limit the number of occupants without vi ...
View more Recent Posts   arrow_forwards