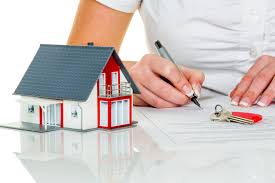 If you look back over the last decade, back to 2008, there’s no doubt the real estate market today looks nothing like it did back then. 2008 was really the starting point for the real estate market collapse that many say began in California and spread out. That’s really not true as market conditions in most parts of the country began to falter. But it can certainly be said we had our fair share of price depreciation here in Sacramento and throughout Sacramento County. Over the last 10 years, it appears not only have home prices recovered but they’re on a healthy trend.  This is across all home values from conforming loans to jumbo mortgages.

Compared to this time last year, home values have increased by just over 11% as the median home value is around $323,500. Analysts predict this trend to continue just not as fast with a one year increase of 6.8% likely. That’s still a respectable margin and certainly welcome, especially to those who purchased at the bottom which occurred in 2011-2012. Prices hit their peak in the Sacramento area in August of 2005 at $374,000 all the way down to $155,000 in October of 2011. Today, home values are at pre-bubble level. But what about the future? What will happen as we move into 2020, is there a chance something like 2008-2009 will happen again?

Beginning in the early 2000’s, most of the mortgages issued followed traditional guidelines, those set by Fannie Mae and Freddie Mac. The jumbo market was also solidifying after a bumpy ride back in the late 1900’s. Mortgage rates kept falling which allowed more people to buy and finance a home. On the higher end, those lower rates meant buyers could afford a bigger loan which directly affected higher-end purchases.

Yet at some stage, lenders discovered their mortgage market had been saturated. Those that could qualify had already purchased a home. So different investors got together and devised new financing options that allowed even more consumers to qualify for a home loan. This really affected the jumbo market.

Most jumbo guidelines required buyers to put down 20-25% of the sales price and required an above average credit score. Ignoring the loan amount, qualifying for a jumbo loan was a bit more difficult compared to a conforming loan. But as the market saturated, lenders came up with loan programs that didn’t require such a large down payment. They also relaxed their credit guidelines that opened up even more market opportunities.

Still later, so-called “stated” loan programs began to appear. A stated loan is one that does not verify the information that appears on the application but uses the figures that were listed. If someone said they made $10,000 and put that down on the loan application, that’s the income the lender used and proceeded to approve the loan. Lower down payment requirements, low rates, and relaxed credit guidelines fueled more home purchases. When stated loans entered the picture, it was relatively easy to qualify for a mortgage. Soon, programs were devised that did not require the buyers to put any income or asset information on a loan application. It was left blank.

Credit standards continued to fall and home values bubbled up quickly. It wasn’t uncommon for someone to buy a home and turn around and sell it some 60-90 days later and pocket several thousand dollars. This “easy money” caused home prices to soar. Until they didn’t. Speculative buying dried up as the real estate market was essentially saturated to the point that there really weren’t any buyers. That meant those who took on the task of “flipping” real estate for a quick profit soon found they were holding onto mortgages they couldn’t afford. They hadn’t planned on paying the mortgage because the property they bought would be quickly sold. We know the rest of the story.

Today those programs that fueled the housing bubble are nowhere to be found. Jumbo mortgages require a down payment, full documentation and good credit. Bank statements are reviewed to make sure there are enough funds for the down payment, closing costs and cash reserves. A good credit score and job history are also required. Self-employed buyers will be expected to provide two years of income tax returns, both personal and business. In short, the loans that caused the housing crisis are no longer around and neither are the lenders who made them. Responsible lending guidelines get the credit for that.  Financing options with 10% or 5% down payment are available to qualified home buyers. Buyers can read more about the latest California Jumbo loans here.

Because real estate values have recovered over the years and lending guidelines standardized we can expect the real estate market in Sacramento County to continue on their upward trend with the confidence knowing that not only will home values hold firm and gradually increase, financing is readily available for those who qualify based upon traditional financing guidelines.

When sellers review an offer on their home, they expect to see a pre-approval letter from a mortgage company. This letter tells the sellers that the buyers are serious about buying and not only have they spoken with a lender they have submitted a loan application. The letter will state the mortgage company reviewed their credit report and verified income, assets, and employment. This type of letter was certainly available during the 2000’s but in the instance of approving a loan with no documentation, sellers didn’t know if the buyers were truly qualified. That’s certainly not the case today.

The jumbo market has enjoyed a resurgence and in major part due to lenders coming up with loan programs that not only fit the current market but provide a sense of stability. This foundation will lead to higher home values as the real estate market continues to expand. For those selling a home in the coming months, this is welcome news.

Buyers can read more about the latest Jumbo financing options at www.JumboLoanCenter.com 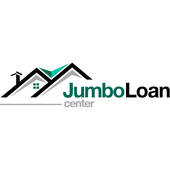