The echo of "Get your Plaid On" will be heard all week on Hilton Head Island, SC as everyone eagerly gets ready for the RBC Heritage Golf Tournament, presented by Boeing!

This year marks the 50th anniversary of the tournament dreamed up by founder Charles Fraser. The focal point, as always, is the marina and the Harbortown Lighthouse - this year wrapped in plaid to honor the occasion. I'll bet Mr. Fraser would be proud of what his 'little tournament' has become! The approach to Harbortown is adorned with flags illustrating the winners of the tournament from the very first year in 1969 by the renowned Arnold Palmer - after a one year drought of not having won a tournament. From that start, the stars all came out and Arnie was followed by many more of golf's elite. In year's past, it was not uncommon to see the yachts of Davis Love III and Greg Normal anchored at the Harbortown Marina!

CHECK OUT THE TICKETS

1.     WHAT TO WEAR - I realize that usually attending golf tournaments does not mandate a shopping excursion, but the Heritage demands it for women AND men. The entire island is in party mood and you will see as much Lily Pulitzer™ attire as you see in Palm Beach! De rigeur is nice clothing, levis are allowed but frowned on, PLAID, PLAID, prints, bright pants, dresses, and hats are everywhere.

2.     WHERE TO BE SEEN - Another unusual circumstance for usual golf tournaments, the Heritage has some places where people feel they must go to see and BE seen. Initially by the Club House itself and the practice green by hole #1 where it all starts, then along the LONG #16 where the course turns toward Calibogue Sound; this area is fun because not only can you watch the pros attempt to cut the dog leg left corner and head to the hole, but it's a wide area with plenty of sunlight, close to one of the major adult beverage stops, and just a great place to congregate.

Other to be seen places are along the 17th and 18th fairways where there are townhomes with stunning views, more locations for adult beverages, and hospitality tents with seating - as well as the bleachers sponsored by local banks and businesses.

3.     BEST PLACES TO WATCH THE TOURNAMENT - if you've already been SEEN, or just don't care, there are some less crowded places to see excellent golf on the course. The 11th seems so green, and easy for the golfers but there are dangers lurking; plenty of room to stand right at the fairway, or by the green for that matter, and watch since if their tee shot is errant, they'll be right alongside you in the pine straw. The 13th is a challenge for the players and a fun one to watch since the pros have to avoid a steeply walled bunker as well as huge sand expanse to get to the postage stamp sized green. You'll see how they calculate, how they really strategize and then cheer - or groan - when the ball bounces off the wall into the trap.

The very next hole #14 is little, pretty, and tricky too! They approach this short par 3 hole with water all along one side - apparently to them they don't really deal with it......- but then depending on the hole location, all bets are off. Fun to watch who gets too aggressive and feeds the ball into the pond - with the alligator watching.

Where to park - you really have no choice; in the old days, you were allowed to drive into Sea Pines during the week, park along Greenwood Drive, now, all traffic is initially routed to Honey Horn Plantation and you are bused to the tournament - thus avoiding the Sea Pines Gate Fee of $6, and dropped off at the Harbortown shopping area. When this lot is filled, the next spot is at the Hilton Head High School - since Heritage week means spring break for the Beaufort County schools.

Even if you have friends that live within Sea Pines, to my knowledge, passes are either not allowed, or difficult to get. If you're staying/renting/vacationing in Sea Pines, your rental company will make arrangements for you.

Cell phones - again, in the old days, there were none allowed, however, people snuck them in and/or wanted to take pictures, etc. So, the rule is yes, you may have one with you, they must be silenced, you cannot make calls - though there are 4 designated areas well out of ear shot for the players and course.

What to bring - you MAY NOT BRING in coolers, and HERE IS the official PGA tour list of prohibited items.

Doesn't this sound like a fun event? Don't you wish you lived in Sea Pines? CHECK OUT these properties! 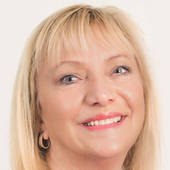 Providing a window into Hilton Head Island, Bluffton & lowcountry real estate, and all the happenings in the area.