You,ve gotten your way, I,m sure you won't mind me using your names since you never miss an opportunity to use mine , even on blogs I,m not involved in.

Today Rich Jacobson threw Bill Burress off Active Rain, for what was probably one of his less offensive comments, but it did not come as a surprise because as of late it did seem like he, along with a few more of us were being baited. Now those of you that know Bill know he was outspoken, but it seemed like the other side was always right . When I flagged a comment threatening physical harm against " A certain Florida Mortgage broker " I was told It couldn,t be found even after I emailed the person the date and the comment to Mr. Jacobson. When I flagged a comment about throwing bibles out a car window, ( I am a Gideon and a Christian and find that extremely offensive) I could not even get a response. WhenI Complained about featuring posts showing pictures of active rain members in various stages of drunkeness( Not a very professional front page) I was given a snide answer.

But speak out against abortion and anyone that wants to insult you is allowed. Speak out about Homosexuality and you are a villian.  I may be thrown off myself over this but I refuse to hide anytime I find Christianity under attack.

And By the way if His comment violated everything like Rich said why wasn,t it taken down

Hugh, my apologies....I guess there must be a time out feature....when reading from a link (Bryant's post). I heard my computer ding....and did not realize that it logged me out. Lot's to digest here and it took some time. Just wanted to come back and let you know the comment above with no name is me.

Ardell and Frank I think possibaly you might consider moving to maybe Russia, I think they may be a little more accomodating to your views.

Hugh, would you make the same suggestion to someone who said ActiveRain should not allow pornography?  Of course not.

Lets see, Freedom of speech and pornography and you don't see a difference

It's the difference between racism and pornography.  I don't see any reason both wouldn't be banned.  Do you?  Really?

Chris , I think you may be able to have complaints against Bill that would be somewhat ah let me just say what I,m thinking, If you wanted to hate Bill for his views on Homosexuality I would hope you wouldn't but would understand if you did. But Bill is not a racist.I think he strongly dislikes all democrats regardless of race.

I have read through all of this and all of these comments/discussion.  My question is, how does this relate to real estate networking.  Isn't that what Activerain is for?

We here in Active Rain and Silent Majority are building relationships. Pure and Simple.

As a black, conservative, I find Buress' statement offensive, and quite slanderous. Those of you who feel it falls under the free speech doctrine should actually read what free speech is. It does not allow you in any way shape or form to say anything without reproach.

While the truth is an absolute defense of slander, Buress' statement that "Blacks are like lemmings" can not in any way be an asbolute defense.

Once printed here, it could also be considered libel and without defense as well.

I am the first to stand behind those with opposing viewpoints. My wife and I have different views on gay marriage. But we can discuss issues without having talk denigrate to insults.

Many here have noted that active rain has harbored and been a haven for a good deal of vitriolic speech. Maybe now mor eof it will be policed.

The most important thing to note  here is you who believe this was a free speech issue need to understand that this is not your property. You may call it your blog, but trust me..you don't own it. Not one single character of text do you own here. As such, the AR management can exercise any discretion they so choose on any post they so choose.

I can't come in to your house and p#ss on your carpet...and you can't do it here either. I applaud AR and what is really upsetting is the multitude of supporters who for a moment feel that what he said was acceptable.

I am sure one of you will even say, Bill's a good guy, he even had a few black friends. Well...go ask them what they think about his statement.

Being white, you may pontificate as to what is and what is not a racial slur, being black, I have to endure it's cold reality while you do so.

Hugh - I don't hate Bill. Contrary to Silent Majority beliefs, I really don't hate anybody.  I don't hate religion either.  Or Christians.  I am scared of Bill and find him extremely offensive, but I certainly don't hate him.  I more feel sorry for him and sincerely hope none of his children turn out to be gay.

Brett, I,m really sorry you feel that way and I do understand, My daughter is adopted she is Peruvian indian and very dark skinned, we live in a county with I think less than 1% minorities she put up with alot of abuse through her school years mostly from the teachers and administrATION. i HONESTLY HAVE NO ROOM FOR RACISM IN MY LIFE . I know Bill is offensive and sometimes speaks without thinking but i  really don't think he is racist.

Chris- I believe you , I think you are one of the more caring people I have met on AR .I hope so too.

AR is a business. They have a set of rules that we as members adhere too.

Bill knew this and although he was expressing an opinion, others were offended.

In spite of what others believe about this being a Social Network, it`s not!

If you don`t follow the rules, these things will happen.

I know this first hand! It happened to me!

Bill Burress was a wonderful guy, who believed in his convictions, apparently, now a days we are not allowed to believe in anything, and we are to believe that everything is perspective based, nothing is black and white. Yet, when Bill gave his perspective he was killed (kicked off active rain), which is troubling because, he was giving his view and made a statement that was indeed based in fact. Having viewed Bill's perspective for a long time, I can say, I did not agree with him on every single little detail, but I certainly do not believe that his opinions on his blog ought to be disallowed. And I think its a travesty to lose his insight and thoughts here. I am deeply concerned.

Since you apparently haven't followed what happened, the issue isn't whether or not his statement was based in fact - it was the actual statement.

are we going to debate this forever? Just curious. You won. Let it go.

Cheri - There's no debate and never really was, it's clarification.

And I didn't win anything.  I didn't start it and I didn't end it.  To me, there were no winners.

Please direct your "let it go" comment to those who don't understand.  Thank you.

Jason it just keeps finding its way back

Does anyone here sell real estate for a living? I am trying to find an agent in Vernon, NJ. No wonder real estate sales are in the dumps. Guess I will keep looking. 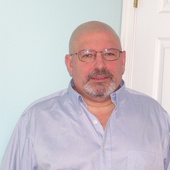