A certain person was just booted off of AR, and understandably a lot of people are upset about that. I am NO fan of censorship, and even though I thought what this person had said on several occasions was pretty foul, I did not ONCE flag the comments or blogs. I don't believe that we should necessarily be without any side of an issue- even the most crass, simplistic and vulgar viewpoints.

BUT, I am reminded of when Connecticut was pushing forward with the effort to ban smoking in bars and restaurants. Being a smoker at the time, I WAS TICKED. How can they tell us that we can't smoke and drink at the same time!!! That's my favorite thing in the whole wide world!!!!! :)

But you know what happened after the ban took place and all that nasty, worthless smoke was gone? People drank more... haha... Just kidding... we drank less- but the point is- we didn't STINK. That foul odor wasn't nesting in our hair every morning after a long night at the bar... :)

Looking back, getting rid of that putrid smoke was the best thing CT ever did. I hope the people that are upset about that certain person's exit will come to realize that he added nothing useful to the debate- and was often times overboard in his comments. He basically stunk up the place. And now he is gone, and so is the stench. Hopefully, that will turn out to be a good thing. Only time will tell.

Thank you AR for paying attention.

And to those who feel let down by AR for this, remember it was this person's own actions that caused this. Warnings, I am sure, were issued. So, don't blame the wrong people here. What is done is done, and I hope that the debate gets healthier now- and we don't drag it down anymore with outrageous behavior.

About the stinky air???? Simon- speak up! What did you want me to remove and apologize for!?!?

I figured out who it was by searching for his profile.  POOF!  Just like that!

Who wants to be next?

Simon, I think you will actually agree with me after a few days of NOT being told you are going to burn in hell. But hey, if you're a masochist... :)

Simon- you have lost me. I was ALMOST a Simon Conway fan, but your sickening double standards are just too much for me. It offends you that I refer to Bill's rantings and ravings as 'stinky air'??? Talk about thin skin. You are not who you claim to be.

When you click on the "Founder" link of the "Silent Majority" group homepage, you get "no such username".

Who's going to take over running that group?

I am exactly who I claim to be - I have never hurled an insult or called a name. There is a truly disgusting double standard going on here.

hahaha... Bill... or Simon.. whoever you are... please, get a grip. All you do is complain... you never say anything anymore... it is getting tiresome... please, either bring the opinions and the facts to back it up, or just stop.

Eric- my guess would be Hugh, but I'm not sure how they decide that.

This may explain things.  Take a look at the early comments to this post:

Labeling an entire race "lemmings", especially on a real estate-related website, is asking for trouble.

Also - for the record, I am not a Christian hater and had nothing to do with him getting kicked off.  I'm sure you knew that already.  : )

Eric:  I am sure someone will come forth to head that group.  I am sure that their "previous leader" was so over the edge that no matter who takes over the group, the level of hate will surely lessen.  Sometimes things work out for the best... even when people don't think so at first.

Also... I believe that when someone is no longer on Active Rain... that all the posts and comments made by that person are also deleted.

Karen Anne -- If you think the boys and girls are going to "play nice", take a look at this:

There's more, of course.  BTW, it appears Hugh Krone has taken command of the group. We just moved closer to being able to talk about only real estate. Boring.

We also have a smoking ban in Austin bars and cafes, while it may have slowed down some drinking patrons those that remain can breathe clean air. Yippie! As for bad apples, you have to pull them our or they ruin the whole barrel. Kudos to AR for being proactive!

There were 2 people indefinately suspended from AR and 1 suspended for 2 weeks, he will be back to head silent majority.  Guess it will get Stinky again. in about a week and a half..

Hey Jennifer, I am getting in on the end of things and may not have all the info, but if the 'stinker" was booted because he said something about black voting patterns only.....

AR doesn't need people to be politically correct, that is just a bad road to go down.

Banning people from making racist comments is nothing near being politically correct.  The person in question should have been suspended at least a year before this offending comment finally did it.  He was constantly attacking and name calling, and using hate speech.  Unfortunately, AR only reacts to blatant racism and not anti-gay and anti-lesbian bigotry.

Home Realty Group- why do you suppose that is? Why do African Americans feel compelled to vote for Democrats? Could there be a reason behind it? Why are you bringing up an old thread? Why don't you use your real name?

Chris- you could not be more right. Much like progressive thinking, he was a 'cancer' that should have been eradicated long before he was. ;) 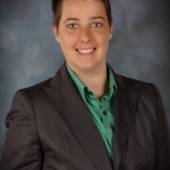 Whatever I think about, I write about. Sometimes, it even makes sense!