Up with the Down Payment

Sen. John McCain of Arizona, the presumptive Republican nominee, proposed something last week that no other major presidential candidate has advocated in decades: raising minimum down-payment levels for home mortgages.
That would mean no more zero-down deals. No more "piggyback" plans that combine 90 percent first loans with 10 percent seconds. No more "down-payment assistance" setups whereby sellers indirectly supply most or all of the cash for the buyer's down payment.
Even the 3 percent minimum required by the Federal Housing Administration would be raised under McCain's plan. That puts him squarely at odds with the Bush administration and Democratic leaders in the House and Senate, who are negotiating legislation that would cut the FHA's minimum to zero, favored by the House, or 1.5 percent, favored by the Senate.
Proponents of low FHA down payments say that they are necessary to allow moderate-income families to buy first homes and that, if properly underwritten and serviced, they do not lead to extraordinarily high default or foreclosure rates.
McCain also said the giants of the mortgage industry, the congressionally chartered Fannie Mae and Freddie Mac, "should never insure loans when the homeowner clearly does not have skin in the game." He did not specify how much skin would be needed.
McCain's rationale for tightening up down payments: He thinks a key contributing factor to the national mortgage crisis was the tiny -- or nonexistent -- equity contributions required by lenders during the boom years. When the boom fizzled and home values fell, many borrowers found themselves in negative-equity positions, owing more on their mortgages than the market value of their homes.
Though neither of his potential Democratic opponents nor the White House has commented on details of the McCain proposal, efforts to rein in down-payment standards already are under way by major private mortgage lenders and insurers. Fannie Mae and Freddie Mac both have raised fees on new loans in which borrowers have less than 25 percent equity. They also have increased minimum credit scores for low-equity mortgages.
Private mortgage insurers have tightened availability of new loans with less than 5 percent down by sharply raising credit standards for applicants and by refusing to underwrite such loans in markets they designate as "declining."
The emerging trend in the private marketplace reverses one of the hallmark practices of the housing-boom years. When the National Association of Realtors surveyed thousands of first-time buyers in late 2004 and early 2005, it found that a stunning 43 percent had put no money into their purchases. The study pegged the median down payment by first-time purchasers at just 2 percent, which dropped to 1 percent in high-cost areas, such as California, where zero-down piggyback plans were wildly popular.
The result, as the real estate market began turning in mid-2005, was that large numbers of people began homeownership underwater. Research by a subsidiary of First American found that by 2006, 15 percent of households that took out loans the previous year were already at a zero- or negative-equity position. Five percent were in negative territory by 10 percent or more, with mortgage debt balances at least 10 percent higher than the market value of their properties.
The study also found that one out of three purchasers nationwide had an equity cushion of less than 20 percent. Forty-four percent had less than 30 percent equity. Areas where owners had the least equity -- California, Colorado, Florida and Ohio -- subsequently have seen some of the highest foreclosure and delinquency rates.
What's the national situation on equity holdings among all American homeowners, including people who took out their mortgages long before the boom? The Federal Reserve Board researches that question periodically through its "flow of funds" studies. Here's what it found most recently:
From the fourth quarter of 2006 through the fourth quarter of 2007, homeowners lost $387.5 billion in net equity holdings, mainly because of property devaluations in major markets. The year-end $9.65 trillion in equity was the lowest level since mid-2004.
At the end of 2007, according to the Fed, American homeowners' equity was 47.9 percent of home values, down a full percentage point from the third quarter and six percentage points below 2003. Any way you look at it, $9.65 trillion is a vast financial resource, and a national "loan to value" ratio around 50 percent means most homeowning households still have hefty cushions.
But don't look for the return of mass-marketed zero-down mortgages anytime soon. Whatever politicians decide to do, the private marketplace is heading back to more traditional standards, where equity up front was the rule.

I think it make sense to have the buyers commit some money.  However, there are good people who just don't have the cash flow and the FHA programs are fine for them.  So I would not like the changes.

Granted, some changes are needed, but these proposals sound a little too draconian. It makes more sense to me to raise qualifying credit scores, rather than raising down payment requirements to levels which would be, for too many people, unattainable.

I would be affraid to show my face also with a blog like this....you should read...How to write a blog.

Ah...that will be great for keeping the rich richer and the poor working class in their place. What were they thinking wanting the great american dream of owning a home. That will make sure that one could only buy ahouse with 20% down. That way anyone that has a job would never be able to save the 20%. Inflation would rise faster than one could save. So if you tried to save $20K for a $100k home, and it took 5 years to save that 20%, it would then be about $60 for the same house that is now priced at $300K. But then Family money would be a big part for those that have rich parents and they could give them the 20% right out of college. That way if one grew up with a gold spoon attached, they would be more privledged. And the person that grew up poor would never be able to afford the great american dream, and they would know that from birth. That way they would not even try to think they could become something. It would only break there hearts anyway when they find out later when they were a teenager. And they might as well give up then. And If we made going to college that way too, then they could learn earlier in life and not waste their time going to college. That just raises the price of college anyway when everyone wants to get a higher eduacation. That is how supply and demand works.

If you caught on to my sarcasm by now....maybe that stupid statement shoud stay in the closet! 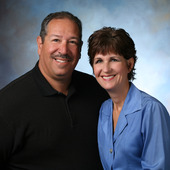