In early March, I thought I would try something new. I took a cold call from realtor.com and ended up making a stupid move.

I agreed to buy leads from realtor.com for two ZIP Codes at $250 a month with a one-year commitment. I was promised 20 to 30 leads a month.

Now two months later, during the hottest cycle in real estate, I have received a total of five leads. All except one was roughly for $100,000ish condos. The one good lead was taken by somebody else before I had a chance get it.

Obviously, this isn’t going to work. I tried to call my contact and was put on hold so long that I hung up. I have decided I am going to begin an effort to get out of this contract.

Is there anyone that has had experience with this and can offer suggestions on how to deal with realtor.com on this matter?

If I have to, I will dispute the credit card payments and cut all ties. Are there any ramifications to that strategy other than the standard legal jeopardy? Would realtor.com become vengeful and cut me out of their syndication network?

I almost went back down the Realtor.com rabbithole so I’m glad I noticed your story...

This is my second time. I bought a worthless banner add in 2008. I was hoping they had changed with all the national advertising and new ownership. I feel like an idiot for going down the rabbit-hole again.

And I just noticed this story, "Realtor.com hit with class-action lawsuit over allegedly non-viable leads", after reading your post.

What’s your followup process like? Also sometimes the leads aren’t given evenly. Still, if someone got to one lead before you then you need to follow up better than. From my experience agents don’t follow-up fast enough. I wouldn't wait 10 minutes once a lead comes through. If they do it again this month, they owe you a credit.

Tay, not a follow up problem. Nothing to follow up on. What is your skin in this? 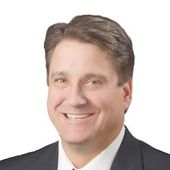