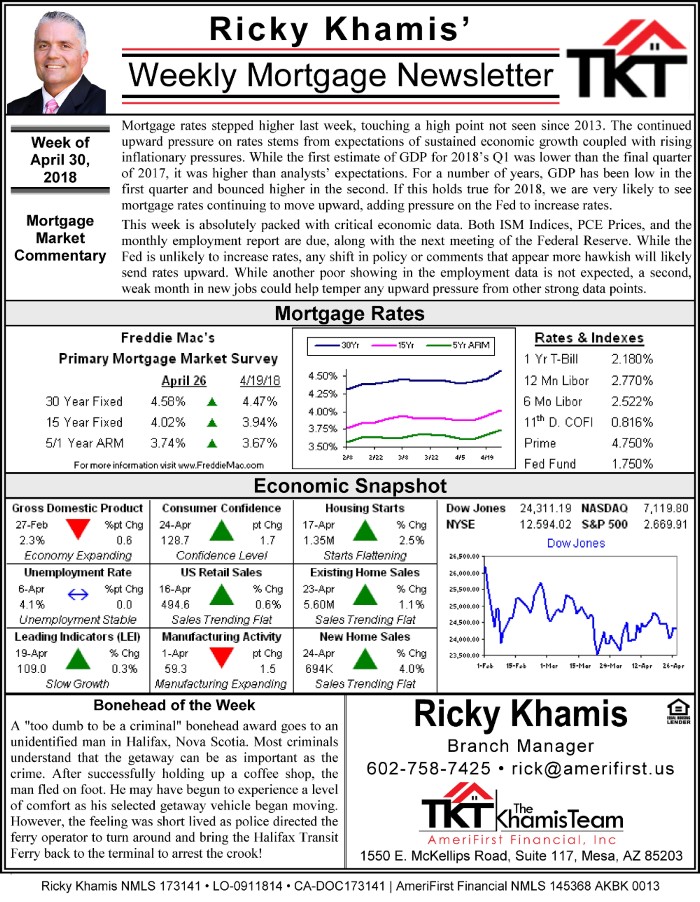 Mortgage rates stepped higher last week, touching a high point not seen since 2013. The continued upward pressure on rates stems from expectations of sustained economic growth coupled with rising inflationary pressures. While the first estimate of GDP for 2018’s Q1 was lower than the final quarter of 2017, it was higher than analysts’ expectations. For a number of years, GDP has been low in the first quarter and bounced higher in the second. If this holds true for 2018, we are very likely to see mortgage rates continuing to move upward, adding pressure on the Fed to increase rates.

This week is absolutely packed with critical economic data. Both ISM Indices, PCE Prices, and the monthly employment report are due, along with the next meeting of the Federal Reserve. While the Fed is unlikely to increase rates, any shift in policy or comments that appear more hawkish will likely send rates upward. While another poor showing in the employment data is not expected, a second, weak month in new jobs could help temper any upward pressure from other strong data points.

Getting the Best Price for Your Home: Sell in May

According to research from ATTOM Data Solutions, the month of May is the best time to maximize your sales price. Analyzing the sale of 14.7 million homes from 2011 to 2017, the researchers found that the largest premiums, at 5.9%, above estimated market value, occurred in May. However, the very best day to sell your home was June 28, with an average 9.1% seller premium. Of course, all real estate is local so be sure to work with a smart real estate professional.

Beginning his career as a private and ending as a general, Chuck Yeager became the first man to break what in 1947? 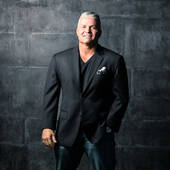