The Endowment Effect, sometimes called the Ownership Effect, is a psychological and behavioral economics principle that says people attribute a higher value to things they own simply because they own them. An excellent example of this effect in action is at rummage or yard sales. Instead of pricing something according to the actual market value an item may have, the item is instead priced higher simply because of the attachment the owner has to it.

Nobel Prize-winning economist Richard Thaler teamed up with two co-authors in a now-famous experiment detailing this exact phenomenon. In the experiment, the researchers gave half of a group of students a coffee mug, while the others were given pens, and then opened a market in mugs. Students who were randomly given the mugs regarded them as twice as valuable as those who did not get a mug.

As a real estate agent, it’s an agent’s job to help clients get the best price for their home. Understanding the psychology behind why people act and believe as they do can help to explain why a homeowner believes that their outdated home is worth more than it really is, but it doesn’t make the conversation about price reductions any easier.

In cases where the property has been on the market for a long period of time or is just slightly in a higher price bracket for search results, it might be easy to suggest a price reduction to an owner, but when that’s not the case, what’s an agent to do?

One of the ways to avoid this difficult discussion is to introduce the seller to the concept of range pricing in an auction setting. This range pricing can help introduce a lower price point for the listing without making the owner feel as though they are losing out. With a suggested opening bid at or slightly below the actual fair market value, the listing will be more attractive to more potential buyers, the actual market value will be established during the auction, and in a reserve auction, the seller still retains control of whether they choose to complete the transaction. If they choose to sell to the highest bidder, it’s a win for everyone, but if they don’t this can lead to an easier discussion about proper pricing and current market values.

Want to learn more about how you can use the RealtyHive platform to avoid price reductions for your clients? Learn more here. 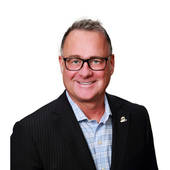