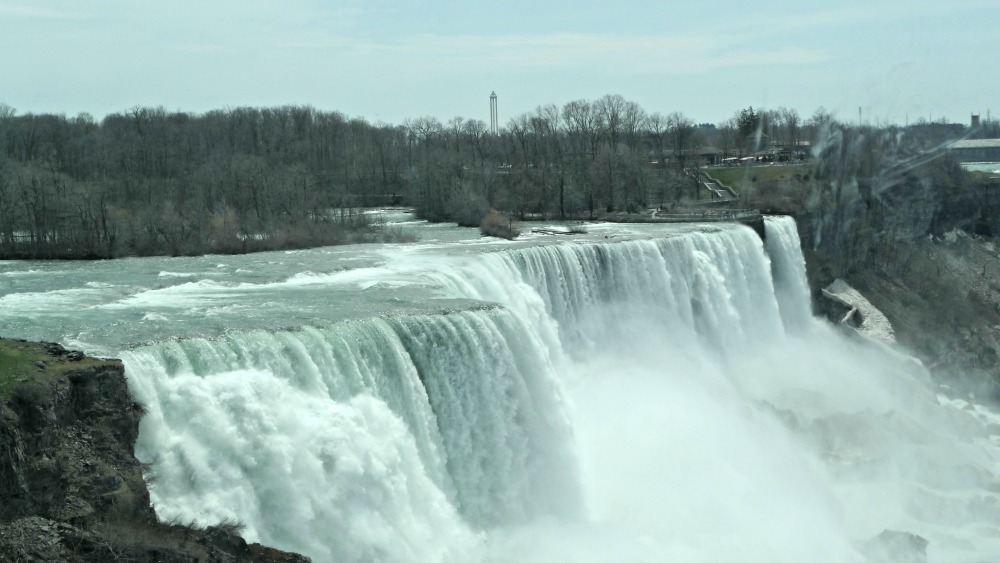 Lewiston NY  a place with so much history

I recently visited Western New York and stayed in the town of  Lewiston.  This was really a historic town.

Many think of Niagara Falls as originating in Niagara Falls, not so, the fall was first in Lewiston but due to erosion on the Niagara River, it moved seven miles.

Lewiston was also the first European settlement in western New York starting in the 1600's.

High above the Niagara River, I ran into a rather large monument depicting activities of the underground railroad and those who were instrumental in helping slaves escape to Canada where they would gain freedom.

Yes, Lewiston was the last stop on the Underground Railroad before entering Canada.  As I stood on the bank of the Niagara River looking across at Canada I could visualize the boat rowing across to the other side which would lead to a better life for so many. In this scene, you see a woman slave sitting in a boat and a volunteer is handing her I assume her child.  At the same time, another volunteer is pointing to Canada probably assuring the male slave he could make the short boat ride. In this photo, you can see the river and Canada in the distance.

I love visiting different places and learning about the history.

Jennifer what a great historic post of Lewiston NY, your picture of Niagara Falls reminded me of a great time I had with my parents...I was just finishing my third semester at West Point... and I needed to repeat the second year because of not being very good in Chemistry... so I had a six month break... anyway went with my Parents to Niagara falls and we spent about four or five days going to all the nearby towns... Endre

Good morning Jennifer. A visit to the Niagara Falls area is on my bucket list. Enjoy your day!

Thanks for introducing Lewiston New York with its history and great views.

Jennifer I have never been to Lewiston, NY but would love to visit it.

We should never forget our history, right? Very good post! It’s been a minute since I’ve been on this blog. Good to be back!