To gamble or not to gamble? Despite Pennsylvania's December 2007 Supreme Court ruling that Philadelphia must allow Sugar House Casino to begin it's construction, there have been no ground breaking ceremonies. In April of this year The Supreme Court ruled that Philadelphia must allow Foxwood Casino to begin it's construction. So when can we expect to see these casinos in the neighborhood?

Let's take a step back to when Foxwood Casino and Sugar House Casino was awarded gaming licensing in December 2006 beating out other well known competitors.

In October of 2007 Sugar House Casino filed a law suit against the city in an effort to speed up,what appeared to be a deliberate attempt by the City of Philadelphia to slow zoning permits needed to break ground and start building Sugar House Casino. In January of this year Mayor, Michael Nutter revoked Sugar House Casinos'license saying that the city never had authority to issue a license in the first place.

Prior to Mayor Nutter making his decission to revoke Sugar House Casinos license perhaps in part by a nudge and a push from local communities against the casinos, namely a two year old agressive grassroots organization "Casino Free Philadelphia" AKA "CFP" who have made it their mission to prevent any ground breaking by Casinos, and the most pursuance may have been from a group of attorneys that filed suit in Harrisburgh, Pa. in December 2007 just after the Supreme Court ruling claiming that the city of Philadelphia had no right to give Sugar House developers "Reparian Rights" for land belonging to the Commonwealth of Pennsylavania in trust of the public. Sugar House Casino has since filed suit to the Supreme Court, saying that the city just can not revoke a license already granted. As of last month Sugar House Casino and the community are eagerly awaiting the Supreme Court's decission on whether the city acted unlawfully and if Sugar House Casino will be granted any permissions to begin construction.

If you are a Philadelphian or a Philadelphian at heart you know that this town is passionate, especially about it's neighborhoods and some outside source seemingly embarking on their territory will always be meant with community concern. No one wants to see an increase in an already substantial crime rate here in Philadelphia and no one wants to expereince even more traffic on their commute home. The casinos suggest the complete opposite will occur. They propose that traffic will not be disrupted since they plan for their traffic to be diverted away from the main street artery, an increase in police present, new jobs, and wage tax cuts, to name a few.

If all goes according to the casino's plan, well not exactly to their plan...Foxwood Casino, led by the Manshantucket Pequot Indians of Connecticut, the owners and operators of the world's largest casino there are expected to build it's $650 million dollar 1st Phase casino and entertainment facility on 16 acres, along the river front on Columbus Boulevard and Reed Streets in South Philadelphia.

Sugar House Casino, is expected to build along Delware Avenue, the Northern portion of Columbus Boulevard between Northern Liberties and Fishtown Neighborhoods. The Casino's 1st Phase of construction, on their 22 acre lot is estimated at $560 million dollars. 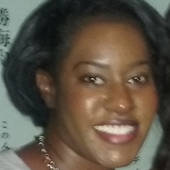