But there are some things to be happy about: A greater number of market areas are showing sales gains from a year ago, and a recent reversal in mortgage policy means the market is better positioned for a turnaround, according to the NATIONAL ASSOCIATION OF REALTORS®.

Existing-home sales - including single-family, townhomes, condominiums and co-ops - declined 1.0 percent to a seasonally adjusted annual rate of 4.89 million units in April from an upwardly revised pace of 4.94 million in March, and are 17.5 percent below the 5.93 million-unit level in April 2007.

With less-restrictive mortgage options opening up for buyers, "we could see an upturn in home sales this summer," says NAR President Richard F. Gaylord.

Last week, Freddie Mac and Fannie Mae announced that they were eliminating their "declining market" policies, effective June 1. NAR and others believed the policy was bad for the housing market because it discouraged consumers from buying homes in areas hardest-hit by foreclosures.

"This means consumers across the country will have access to safe, affordable financing with down payments of only 5 percent on most mortgages, with 100 percent financing available on some loan products."

Lawrence Yun, NAR chief economist, said eliminating restrictive policies should be a big help to home buyers. "I would encourage buyers who were disappointed by poor mortgage options to take another look at the market because the lending changes are significant," he said. "Also, a recent notable drop in interest rates on conforming jumbo loans will help consumers in high-cost markets like California and New York."

Nationally, the median existing-home price for all housing types was $202,300 in April, which is 8.0 percent below a year ago when the median was $219,900. Because the slowdown in sales from a year ago is greatest in high-cost areas, there is a downward distortion to the national median with relatively more sales in low- and moderate-priced markets.

The unusual mix of market conditions around the country continues, but areas showing healthy price gains include Greenville, S.C., and Springfield, Mo., both with solid local economies. "On the other hand, some markets like San Diego, Calif., and Fort Myers, Fla., are experiencing rising sales after sudden double-digit drops in local home prices, so lower prices and low interest rates are starting to generate results," Yun said.

Groups:
Realtors®
All Things Florida
Florida Real Estate Investors
It's all about them (ThemThem) 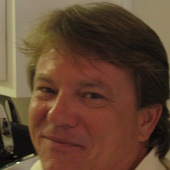 almost 14 years ago
bookmark_borderbookmark
What If All The Real Estate Headlines Are Wrong?
View more Recent Posts   arrow_forwards