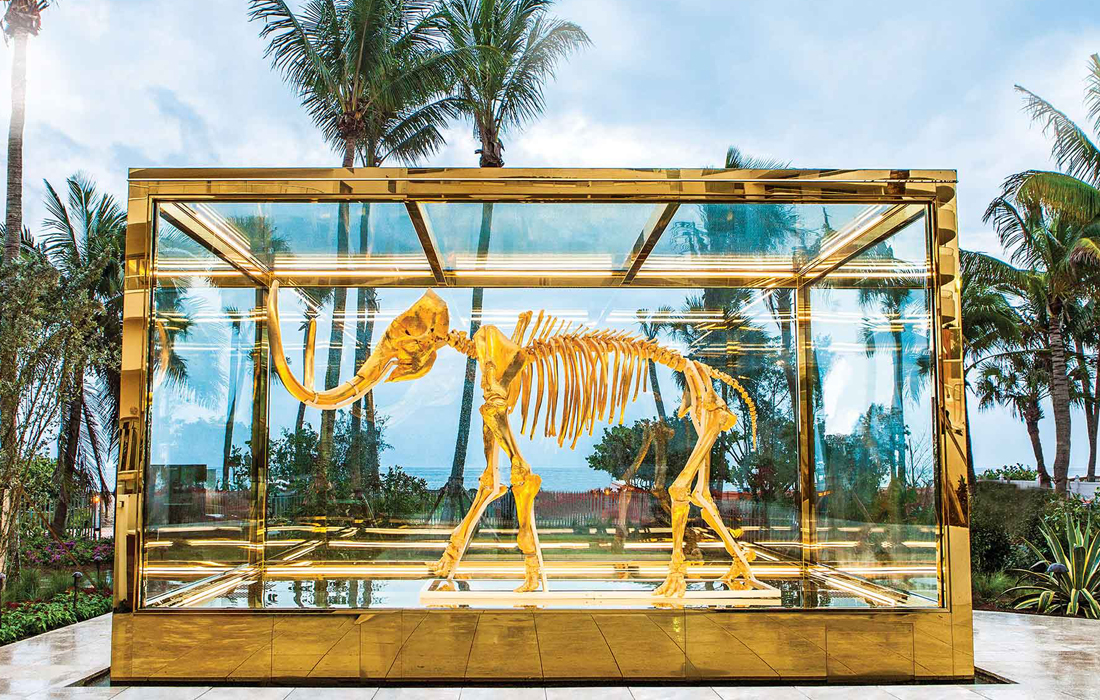 When we talk about art and real estate, traditionally one thinks about oil on canvas, something displayed on the wall with the intention of adding decor to the lobby. In recent years, however, we’re seeing an emerging trend of large, sculptural art installations that often serve as a centerpiece or celebrated focal point of a condo project. Luxury condo developers have been purchasing and commissioning art worth millions in order to have their buildings stand out among buyers.

This juxtaposition of art and real estate appeals to a wide range of potential buyers, far beyond the über-art-savvy. Clients today want to invest in homes that are not only executed intelligently, but also have an attention to artistic detail and uniqueness which resonates as a quality development.  When buyers see that a developer had spent millions on art, they intrinsically assume the same commitment to luxury will be found throughout the building.

And that is often the case:  developers are using sculptural, high-end finishes in luxury condos  - raising the ordinary to the extraordinary. It’s not uncommon now to glance around a kitchen where the faucets are works of art and cabinet knobs evoke luxury.  This attention to detail creates an emotional response that brings a special and unique feeling that resonates with potential buyers.  This "artification", as it were, combines real estate and artistic license to create an entire experience of creative living - a far grander approach to condo developing beyond the standard four walls, terrace and a roof of years past.

This "artification" is not only for the rich.  Recently we’ve seen legislators push for developers to incorporate art into every major project they build in Miami. Currently, all developers for government projects must include art equivalent in value to not less than 1.5% of the total project cost. For private buildings valued at more than $3 million, regulators are asking developers to install public art that is 0.5% of the total construction cost or pay a fee of 0.25% percent into a public art fund.  The requirements escalate based on the project cost – up to 1.25% in art or 1% donated for those projects valued at $15m or more.   While some consider this an undue tax, the fact remains that unless their feet are held to the fire, the majority of developers will take the less costly route of forgoing art.

For Miami developers in the luxury game, such as Related and Terra, they know these expenses will pay off in the long run.  When billionaire Argentine art collector and developer Eduardo Costantini, the founder of Latin America’s largest contemporary art museum, Buenos Aires’ MALBA, chose two sculptures by Jeff Koons for his Miami development, Oceana Bal Harbour, he added intrinsic value both monetarily and emotionally.  The twisting towers of the Bjarke Ingels-designed Grove at Grand Bay are anchored by one-of-a-kind artwork from Alice Aycock, Tara Donovan and Gim Hong-sok.  And at the southern tip of Miami Beach, Terra’s light-flooded Glass residential tower features pieces by British artist Tracey Emin and Saint Clair Cemin. “Incorporating the highest-quality art not only enhances spaces, but it also adds a sense of pride for the residents,” says David Martin, of Terra.

That’s certainly true for the Ritz-Carlton Residences, Miami Beach, which has added an extensive art program to their list of world-class amenities. The Piero Lissoni-designed waterfront development has an art studio filled with easels as well as ceramics and woodworking stations for resident’s use. Devised in partnership with Miami sculptor Tatiana Blanco, the Ritz Residences will offer group classes, lectures and tours of nearby galleries.

So what does this mean in the grand scheme of things—how will buyers approach this newfound appreciation and use of art as more than decoration? Not every buyer can distinguish a Manet from a Monet, but they can tell when a developer goes out of their way to pay attention to details. It also gives residents and developers a bit of bragging rights — at many developments, when one purchases a condo, they are also buying a share in that (multi)million dollar art.  In a way, we could look at this as part of the condo reserves — if all else fails, we can at least sell the Jeff Koons!