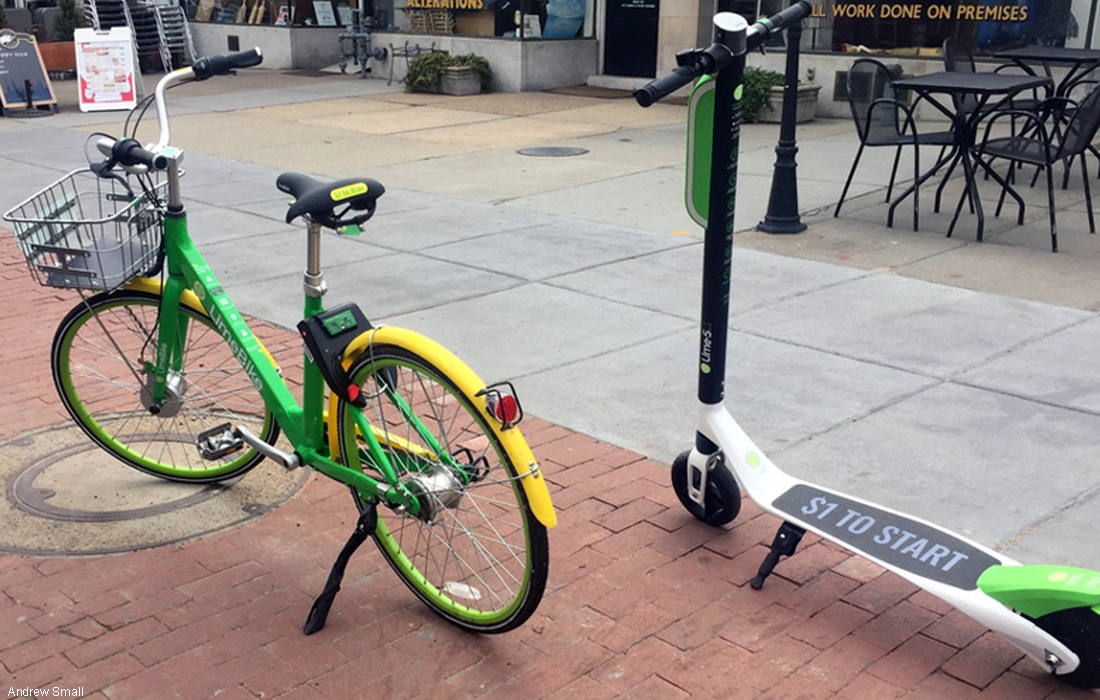 Now that we have access to chauffeured car rides at the touch of a button that literally arrive in minutes, who would have thought we would revert back to the form of transportation that became popular in 1817? That is exactly what is happening in nearly every major city in the U.S., including Miami.

Though most of us grew up riding bicycles to get around town, once it’s time for a driver’s license, bike transportation goes widely ignored. Apparently one of the biggest hindrances of biking to our destinations is the hassle of looking after that bicycle and worrying about getting it back home. Launched in Washington D.C. in 2010, organized bike share programs are one of the great transportation success stories in the United States.

In less than a decade, hundreds of sharing companies have spread across the country, with over 42,000 bikes available in cities of all sizes. In Miami alone, there is the original DecoBike (now branded as CitiBikes), Spin, LimeBike, Bird, Ofo, and seemingly more popping up each week. One of the biggest changes to bike sharing since D.C.’s SmartBikelaunch has been the advent of the dockless bike programs. Free from having to be picked up and dropped off at designated docks, dockless bikes allow people to literally leave them anywhere that’s convenient at any location. Dockless bikes took bike sharing from a novelty to a true option for transportation, thus profoundly impacting American cities.

When people are shopping for a condo to buy or rent, one of the main factors is how close it is to the destinations, shopping and entertainment that they envision frequenting. If you knew there would always be a bike to hop on to right outside your door, would it influence where you choose to live?

Adding to the solution for short-trip transportation choices are now shared electric scooters that seem to dot every major corner of downtown Miami and Miami Beach. When CitiBike first launched in New York City, concerns were widespread that bikes would be “all over the place,” which is very similar to the apprehensions cities have today about dockless bikes.  Bird E-scooter CEO & Founder Travis VanderZanden encourages all sharing operators to commit to picking up and repairing vehicles, to add new vehicles only when deemed useful, and to give back financially to the cities they operate in.

According to the National Association for City Transportation Officials (NACTO), which publishes a yearly report on U.S. bike-share systems, the number of share program bicycles in the U.S. doubled in 2017, mostly thanks to dockless operators. NACTO’s data shows that by the end of the year, dock less bikes made up 44 percent of all bike-share bikes on the ground.

Like many other advents of the tech generation, one of the most valuable side products to come out of these bikes, especially dockless bikes, is data. Data recorded and fed back to cities that show exactly where bikes are traveling – which routes are the most popular and which destinations are attracting the most visitors. This allows cities to plan for ridership increases in certain areas, plan for bike lanes and other safety measures.

Maybe we are finally getting more like Europeans about biking.

As an avid cyclist in Miami, I can definitely attest to this. While we are far from having dedicated bike lanes as in New York, and many European cities, we have made some decent progress in Miami to make it more bicycle friendly.