What a timely blog...

I was in a large box store doing a return.

A somewhat large man, walked up to the counter and started yelling at the young girl

about something that had broken.

He demanded a refund and was cussing up a storm.

The girl was terrified.

I told the young gal to just call the manager.

I told the man to relax and give the girl a chance.

He then started to cuss at me.  He was getting aggressive and was about to throw a punch at  me (I am sure of that).

A voice behind him said..."I wouldn't do that!"

He was escorted out and when I left he was sitting in a cop car.

I had looked at the item and you could tell it had been abused in order to get broken.

Hopefully they ban him from the store.

If I was the manager he would not be allowed back in!

If you want Good service, you need to have a bit of patience, at least for a few minutes.

Just remember, the person you are talking to is only a messenger!

So you want to receive great customer service.

Well there is one thing you need to do.

5. Remember the store has policies.  (policies that can be stretched especially by supervisors AT TIMES).

Remember, these people have rules the company have made and they need to follow them.

Put yourself in their shoes...

Groups:
Diary of a Realtor
ETHICS and the REALTOR
Out Of The Box!
Realtors®
"Whacked"!!!

Vern, thanks for the re-blog and also for supporting the young lady

Thank you for sharing this good example of what NOT to do!

Hi Vern.  I'm glad this guy was taken out of the store and hopefully, he will spend a little time in the cooler.

I definitely hope that man was banned. Some people have no idea (or just don't care) how to get things done. Yelling and threatening is not the way.

No shortage of rudeness.

I was in a small mom and pop store.

A customer was giving a worker a hard time about not having a size that she could exchange.

after a bit, the owner walked  up and took money out of the till and gave it to the customer.

"I am sorry we don't have something that you  can exchange, but there is no need to treat my worker the way you are.  Here is your money back, you are no longer welcome in my store! 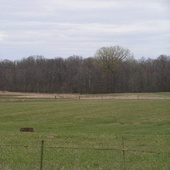