The one experience that homeowners can agree upon after completing a remodeling project is that it costs more and takes longer than expected. It doesn't really matter that you researched, planned, and received multiple bids, it will, invariably, cost more and take longer than you originally anticipated.

Replacing floorcovering or painting is a project that a homeowner can easily get bids and contract with the workmen directly. A new level of complexity occurs when the project involves more specialized contractors, like plumbers, electricians, carpenters, counters, and others.

Now, a homeowner is faced with dealing with one general contractor who will run roughshod over the sub-contractors or make the decision to do it themselves. Typically, you'll pay more for a general contractor, but the trade-off is that they have the contacts and experience to make things go smoothly.

Subs are notorious for wanting to finish their "part" of the project and move onto to the next job. Sometimes, they're not interested in the "big picture" enough to consider doing things in a way that are best for the overall outcome. Don't get caught up in this scenario. We have a list of DEPENDABLE contractors that will not treat you this way.

When you start tearing out some things, you find out that there may be unexpected expenses involved. Another common occurrence is that during the project, you get a new thought about changing something else "since it is already torn up anyway." This will add time and money to the job.

There can be the situation that the homeowner doesn't even know the right questions to ask or what to consider when trying to coordinate the different workers. The most detailed timetable can be thrown off track if one set of workers don't show up or finish on time. At best, it delays the project for a few days. At worst, it can delay it for a few weeks because the individual workers may have committed to other jobs that don't allow them to reschedule.

Once the work is done in a professional manner, you're probably going to live with it for years. If it is something you've wanted to do and it will allow you to enjoy your home more, it is worth doing. Just be patient and enter this adventure with the understanding that it will cost more and take longer than you expect.

I'd also recommend folks hire an inspector to inspect the job once it's complete before paying any final payments out. The inspector can help you identify anything done improperly, and holding the last payment until it's corrected helps ensure it gets done. 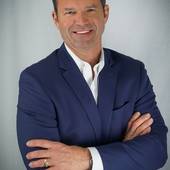