Like:
Home > Blogs > Jeffrey Kaminski > Bloggin' in the Burbs

Top Summer Events in the Western Suburbs of Chicago

It is officially summer, and that means there are plenty of fun events happening. It won’t be hard to find things to do in the Western Suburbs of Chicago. This area has a series of art festivals, fairs and more from the months of May to September. Here are a few of the Western Suburbs’ top summer events:

The Cosley Zoo is open year-round and has farm animals that are native to the state of Illinois. Two major events occur in the summer. One event is for those 21 and up and one that is more family-friendly.

Beginning July 15th, visitors are able to enjoy a picnic with the zoo’s animals. Apart from the picnic, the event “Uncorked” occurs on July 26th. At this event, visitors can sample a selection of more than 60 wines. Additionally, the wine event includes live music, raffle prizes, and the opportunity for the first 450 visitors to receive a commemorative wine glass.

Besides being the place of the Cosley Zoo, Wheaton is also home to the DuPage County Fairgrounds. On June 21, the fair kicks-off the summer with the Longest Day Dance, which raises money for finding a cure to Alzheimer’s disease. One act that is performed at the dance is by the Chicago Honey Bear Dancers. Shortly after the DuPage County Fair, the Artisan Food Festival occurs. At this local food event, many small food companies and local restaurants showcase their respective cuisine. The best part is one has the opportunity to try small business and local flavors.

One event to not miss in the Lisle area is the annual Eyes to the Skies Festival and Carnival. An interesting fact about the event is that it attracts close to 100,000 visitors annually. In addition, the festival features hot air balloon launches, live music and fireworks every night.

Lisle is also know for its natural beauty. The Morton Arboretum has 16 miles of walking trails and is home to more than 4,000 different plant species. The conservatory also hosts a variety of summer events that include a craft beer festival in June. Visitors are invited to sample beers from 45 breweries and enjoy live music from Euphoria. The arboretum also hosts a wine and art walk, which features photography, jewelry, and fused glass from local Midwest artists.

If you are in Naperville during July 4th weekend, then come check out Ribfest . The event has brought big name artists, such as Melissa Etheridge, Pitbull, Steven Tyler,  & the Loving Mary Band. Ribfest is also perfect for families because the festival has fireworks and a carnival. Last but not least, there is also plenty of food. Visitors can pick between barbecue ribs, chicken, pulled pork and a competition for the best barbecue sauce.

Naperville also hosts another music festival called Last Fling, which begins late summer/early fall. Past performances have included pop stars such as Lance Bass of NSYNC, Aaron Carter, and O-Town. The event concludes with a Gen-X showcase of bands that have included Buckcherry and P.O.D.

Similarly to Naperville, Glen Ellyn also hosts their own respective Fourth of July festivities. The celebrations begin with a cardboard regatta on Lake Ellyn where competitors use their best creativity to make boats with the given material that they receive. Another local Glen Ellyn tradition is a food truck picnic with options that include barbecue,

tacos, and lobster rolls. To celebrate the Fourth of July, the area celebrates with their own parade and with fireworks at night.

La Grange’s Endless Summerfest is a fun family event that occurs August 3rd-5th. The local festival has carnival rides for young ones and also has an adult human foosball tournament. Endless Summerfest also has live music and an assortment of food vendors. While the children are enjoying the carnival, adults can relax with a beer and wine garden, check out the offerings at the vendor booths, or ponder over the event’s car show.

The Elgin Fringe Festival in downtown Elgin has been entertaining both tourists and visitors alike since its inception five years ago. From September 7th-16th, the event offers four days of music, comedy, and theater performances from local artists. A few of the places where the performances occur are in cafes and theaters. With each ticket purchased, 100% of ticket sales go back to the artists. This year’s artists include Dave Newtown Music, the Robert Frosty Theater Company,  and art curator Jane Erlandson. 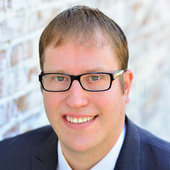