In 2018, The World Equestrian Games (WEG) will be the world’s forth largest sporting Event and the Games will be held right in the backyard of the area of Western North Carolina that we serve.

The International Federation for Equestrian Sports (FEI) World Equestrian Games began with great hopes and have grown into a trademark international platform from which to show equestrian sport at its best. Since 1990 the Games have been staged every four years, halfway through each Olympic cycle. They bring together the World Championships for all FEI disciplines.

Initially staged at European venues, and always at a new location – Stockholm (SWE), The Hague (Netherlands), Rome (ITA), Jerez de la Frontera (ESP) and Aachen (GER) – the Games moved outside Europe for the first time in 2010, into the heartland of horse country in Lexington, Kentucky (USA) for the Alltech-sponsored spectacular. In 2014 they returned to Normandy in France.

Once again this year the excitement crosses the Atlantic for the much-anticipated eighth edition at Tryon International Equestrian Center (TIEC) (USA).

The 2018 WEG has the potential to be the largest sporting event in North Carolina history with over $400 million dollars of projected economic impact and 500,000 spectators over the 13-day event in September.  TIEC is preparing for a daily attendance of 40,000 to 50,000 people.

The disciplines of Jumping, Dressage, Eventing, Driving, Endurance and Vaulting were included in the first five editions of this equestrian extravaganza, Reining joined in 2002 and Para-Dressage in 2010.

Here, you can find a detailed history of each Games and the stunning achievements of the athletes and horses who have given their all in pursuit of those elusive medals.

Hi there, I love your equestrian niche, Steed Talker...this is prime for videos.  Can't wait to see what your come up with in the in the future. D

I agree, it is a perfect niche for video.  I so glad I came across your blog.  I look forward to exploring your past blogs and anticipate more informative blogs to come.  Thank you for sharing your expertise. 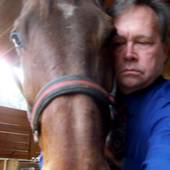 * * * “To flourish consciously is to abundantly share the blessing of empowerment." * * * To flourish is to share empowerment. Flourishing and Empowerment are collaborative forces. * * * This is the real estate and investment philosophy of Steed Talker Realty & Investments. Investments are opportunities to flourish. They are also opportunities to empower others to flourish. This blog is about real estate and private investment. The steed, the namesake of our firm, is often referred to because horses are an important part of my life. My experiences with them enlighten who I am, both as a person and a professional. Horses are not just important to me but throughout our species' shared histories the steed has been one of humanities most preeminent domesticated companions. The flourishing of human civilization rode in on the backs of the empowered equine. Before industrialization, it was the noble equus who shouldered the burden of labor and provided the energy that freed the human spirit to expand the horizons of civilization and to flourish. * * * * * * * * * The essence of this philosophy is also reflected in ActiveRain, as the purpose of ActiveRain is to help us all flourish and be empowered.