Has The Supply Crisis Began To Wan?

Since the housing market began to turn around in earnest in the 2013 time frame, the market has been characterized by a low level of inventory. In fact, the dearth of supply underlies much of the challenges in California's current housing environment. The supply shortage has caused home prices to rise much faster than incomes, which has led to a deterioration in affordability and an erosion of homeownership.

At the same time, California’s economy continues to pump out good jobs across the spectrum of wage and skill categories and indeed, across every geographic area in the state. This growth in demand has come into direct conflict with the shortage of homes.  So much competition for the homes that do sell end up selling quickly, for a premium and often go to the highest bidder. First time home buyers have been competing with cash buyers and lost opportunities.

However, there are some initial signs of optimism as we enter the busy homebuying season. In fact, for the first time in nearly 3 years, California has seen an increase in the number of active listings on the market. Overall, there was a 2% increase in the number of homes available for sale in April. While this is a proverbial drop in the bucket relative to the housing needs we have, it still represents an important milestone, which, taken together with a precipitous deceleration in the decline in listings during the first quarter of 2018, slightly suggests that the housing supply crisis could be beginning to ease.

A Single Month Does Not Form A Trend

While true that a single month does not form a trend,  its a start.

So let us consider this growth in the context of the past few years:

From this perspective, the recent uptick in listings does appear to be part of a broader shift where more homes are coming onto the market. Interestingly, this shift in the marketplace is largely coming from the bottom end of the market. Homes priced above $1 million have already been enjoying double-digit increases in listings for much of the past year. However, all of this growth was more than offset by declines in the number of active listings priced below $750,000. In April, the bottom end of the market still shrunk, but with homes priced below $300,000declining by 13%, the pace of the decline has been roughly halved over the past 12 months.

California finally saw an increase in the number of listings priced between $300,000 and $750,000. It was in the mid-single-digits, but the fact that the bottom was not falling as fast combined with modest growth in middle-priced segments and solid growth at the top end, caused the total number of listings to increase for the first time in years.

An important note is that unsold inventory still declined because home sales increased by more than active listings, and that a few months of modest growth will not be enough to alleviate years of chronic undersupply, but it is a critical first step to being able to chip away at the overhand that has accumulated.

It's all about supply and demand. Some neighborhoods are rarely affected by shifts in the economy; places like certain parts of Florida, pockets in California and Manhattan for example.

In some places it maybe waning, but in m area it has gotten worse. 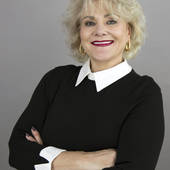