Memorial Day 2008 gives us an opportunity to pause to remember those brave American men and women who have served this country under the banner of The American Flag.  Today, in honor of Memorial Day, I am re-posting a story I wrote called "The American Flag Through the Eyes of a Veteran." ##

THE FLAG THROUGH THE EYES OF A VETERAN

The phone call had surprised me. Jerry's brother, Claude, Jr, was saying that he was passing through town on the way to his weekend Guard duty. Could he come by and visit with us? "Sure, that would be fine, but Jerry is out of town, gone to training for his new job," I answered. He said he would still like to come by to see the kids. I answered the knock at the door and thought how much more he looked like his dad. Usually he looked so much more like Jerry, but age was favoring his dad now that he was over 40.

Claude Jr was the oldest of seven brothers and sisters. Jerry was in the middle somewhere. The kids were clinging to his pants legs and he carried Gloria riding on his foot as he made his way to the sofa. He hadn't been able to get here for Jerry's retirement from the base. No one in the family had made it. It had just been the guys in the squadron and me. We wisely chose not to bring the girls and baby, Lee.

Jerry's commander and I had tried to talk him out of retirement and back into another tour of duty. A recent promotion had come with orders for another tour of duty overseas. Jerry was the most committed family man I had ever known, and he was not going to leave his family. I knew that I was not going to the island of Guam with a newborn and two little girls. Retirement was Jerry's only option in his way of thinking. The only thing I remember from the ceremony was fighting back tears of regret for the shortened military career of a man who never planned to retire less than a Chief Master Sergeant.

I vaguely remember seeing him receive the American Flag that had flown over the Capitol in Washington, D.C., which had been provided by our state representative. We sort of knew him because his "right-hand-man" was an active member of our church orchestra.

"Oh, I want to show you Jerry's flag," I exclaimed as I rushed down the hall to get it from the bedroom where it was mounted in a triangular display case. I took it out and said, "It flew over the Capitol, you know."

As I turned to face Claude Jr, he stood to his full height and reached his arms forward to receive the American Flag. As I walked across the room to him, there was a hollow ringing sound in my ears. I heard my voice as if it was very far away. I didn't have time to think about what I was saying. My eyes locked with those of my brother-in-law and the world blurred into slow motion. I watched his face as the flag slowly passed from my hands into his. I saw his eyes drop from my face to the stripes of red and white, and I knew that I would never see this man again.

He was beaming with pride and his eyes glistened as he looked at this precious symbol of the freedom he had fought for in Viet Nam.

I swallowed hard as I forced the dark, bitter-strong thought from my mind. I felt faint and nausea was rising in my throat as the brown carpet swirled at my feet.

Jerry came home that night. I made my voice sound light and unconcerned as I told him how Claude Jr had played with the children, and that I hoped he didn't mind that I had taken the flag out of the case to show it to his brother. When the phone call came from their sister three days later, I wasn't even surprised. I drove out to the base, and wept as I told Jerry that his big brother had died. He didn't seem to understand what I had said at first and then he put his hand on his forehead and sank back in the chair at his desk. I never told him of the slow-motion premonition. I don't recall ever telling anyone at all.

We drove to the family's hometown in North Alabama. It didn't occur to us to drive over to the base where Claude Jr had been serving his weekend Guard duty, although it was only a couple of hours from our house. When we arrived with children-in-tow, Grandpa's house was already full of family. We sat in the kitchen with the rest of the family trying to comfort their daddy. He was a man of very few words and there were no words at all for this day. Someone finally said that he wanted his oldest boy brought home and that it just wasn't fair to have to wait a week for the funeral service.

I didn't fully understand but I knew that something wasn't happening the way it should be. Why would they wait a week to have the service? The sisters put together an explanation about the confusion that was delaying the body from being shipped home. "See, Claude Jr was in the Army Guard, but they sent his troop to work at the Air Force Base in Florida," the sisters explained. "The Army has no control over when the Air Force will release the body," they continued, "and Daddy is upset about it." I walked to the phone and said, "I need to make a few calls, okay?" Our church office had the phone number for our state representative's "right-hand-man." After thanking him for sending Jerry's flag, I told him about the circumstances we were facing. I explained that Jerry's brother's body was being held at Eglin and the Air Force wouldn't release it.

"Do you know where I am?" this friend of our family asked. "And do you know who is right here with me?" he continued. I had no idea that he and our state representative were at that very moment at Eglin Air Force Base. The number given to me by the church secretary had been forwarded to a meeting room directly across the street from the office where the decision would be made to release the body of my husband's brother that same afternoon. How marvelous are His ways! We all acknowledged that God had intervened to unravel the red tape on our behalf.

This is an excerpt from the manuscript of a future book called The Widows Walk. This book will be about people who have survived grief experiences written to encourage those who are struggling with grief issues.

UPDATED:  A friend sent this link to me today for Memorial Day:

Jan - Remember those who serve this country. Some  gave their life for the freedoms we have.

Retha:  Thanks for reading and for your supportive comment.  Happy Memorial Day!

J an W: Thank you!  I always appreciate your positive comments and friendship!

Larry:  Absolutely, it is all about those Veterans who gave their lives for our freedom.  Check out the link I added at the bottom of the post.  It is awesome!

Jan, amazing story, a miracle I would say !

Jan,
That is an incredible story and very well written.  It's wonderful to have someone like you who will step up to the plate and take charge of a bad situation.

Hi, Missy:  Thanks for commenting!  A miracle indeed.  Hope you had a great weekend with your sailors!

Hi, Cynthia:  Thank you so much!  My friend, you would have done the same to ease the situation.  God did the best part ... He already had everything under control.

Great piece Jan and I really enjoyed the link you left at the bottom. What a tribute to WWII and Korean War vets. Thanks!

Jan, thank you for sharing such a painful, personal story. I make it a point to say thank you to veterans and active military, but I can sometimes only shake their hand, I can't get the words out. Thanks for the link as well.

Gary: Thanks for reading ... I'm glad you enjoyed to video tribute, too.

Debbie:  I know what you mean ... sometimes I meet one of the older Veterans, and I always get misty-eyed trying to say thanks, but I've found they know what you mean and they really appreciate the support.  Thanks for reading and commenting, and I'm glad you liked the link to the video tribute.

Wow, moving tribute!  Thanks, Jan.  And thans for commenting on my post today.

Margaret:  You know Veterans have a big place in my heart, and I know you feel the same.  Thanks!

Jan, I am so sorry for your loss and the families loss. I went from goose bumps to tears reading your post. Thank you to the entire family for Claude's ultimate sacrifice for our freedom.

Duane:  Thank you.  Claude and my late husband, Jerry, were both Vietnam Veterans who loved serving our country, but did not consider themselves to be heroes... just good ole boys doing what was "right." :)

Jan, I'm sorry about your husband, sorry I missed that part.

Jan, I'm glad to hear that. When will the book be published?

Duane:  I'm not sure about a publication date... still don't feel the manuscript is complete.. more stories to tell ... stories of those who have survived helping people who are struggling with grief issues.  It sounds sad, but it's really going to be a very uplifting inspirational book.

Jan, cool. You may want to chat with Rick Herrema's parents. They go to all the funerals in Michigan for the fallen, to give comfort and understanding to the families. Plus President Bush invited them personally to the White House.

Surfside has traditionally gone to great lengths to honor, respect, and demonstrate appreciation for America's veterans.  Prior town officials were honorable and upright.  Now its a different story.  Currently the town's mayor and his group of commissioners are showing severe disrespect to veterans and intend to "get rid of" a howitzer on display at Surfside Veterans Park and to further insult vets they proclaim it is a symbol of violence that should not be in town park.  Everyone needs to weigh in on what is happening today in Surfside Florida.

Surfside FL:  Thanks for reading and commenting on this post.  I'm sorry things aren't going so well in Surfside, but we have a tremendous amount of support for the military in Bay County.  We have Tyndall Air Force Base on the eastern end of the county in Panama City, and we have the Navy Coastal Systems Station on Panama City Beach, plus a large Coast Guard unit as well.  A large portion of our population is retired military, and the politicians really support the military families in the area. Our Veterans deserve our utmost respect! 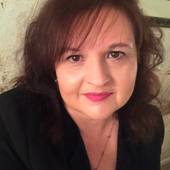 over 13 years ago
bookmark_borderbookmark
Who's #1 Who's #1 Panama City Beach, FL Is #1
View more Recent Posts   arrow_forwards