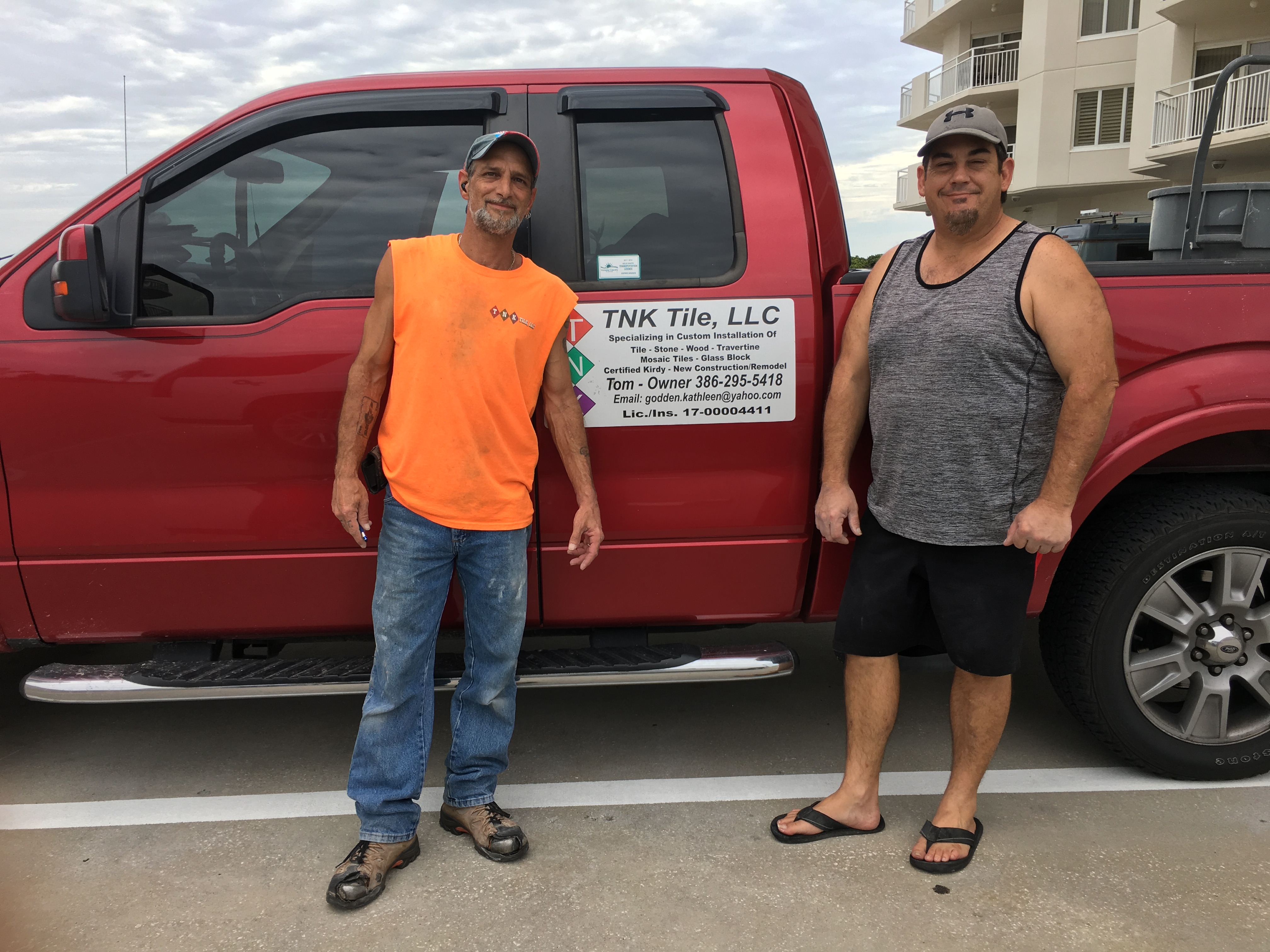 We do remodeling and finding trades is always an issue. Easier with high-end remodeling. We would turn to Sita Construction, and you can’t dream of a better GC than Rick Sita or his son Enrico, who is also a G.C. But when we deal with very inexpensive condos, we have to be very careful not to come out too costly and make the condo impossible to sell.

We used to hire excellent tile guys, but then they would start growing, hiring help, and soon taking on bigger projects. The guys no longer laying tile themselves, so the quality is suffering.

Lately, we noticed that our guy, who worked on a few on our condos was no longer laying tiles. He had young guys, and they were not great at that at all. It started hurting us. They were all smiles but were cutting corners here and there, and it was troubling.

A client of mine went to Russia to watch The World Soccer Championship, and he asked me to oversee a simple work of putting a new backsplash in his kitchen in Oceans Six. He set everything with his tile people, all I needed was to open the door for them, and then lock the door when they were done.

Two guys came, I let them in, answered their questions, and left them. It took them 2 days. When we came back, to say that we liked what we saw would be an understatement. A very good clean job.

And the best part was that these were two guys, doing everything themselves, with no plans to hire guys and do big commercial projects.

I hope we found what we needed. With this quality, we would love to have them work with us on our projects, and we would not hesitate to refer them to others.

Well, I'm glad your friend attended the World Cup, Jon - how convenient was that?!

I'm with you on finding good trades - it's next to impossible these days and so frustrating when you have a big project that you need done right away.

Hopefully this team of two stays on to be a win-win for a while.

Nice of you to showcase them. Good tradesmen are always in demand. Let's hope they don't become so popular after this testimonial that they subcontract Lol!!