Despite being in a robust sellers' market (for homes priced well for condition and location), escalation clauses seem to have lost some of their favor for some Sellers, even though they are widely used.

While I think they can still be an effective tool in a Buyer's Agent's toolkit, they can backfire if not used properly.

Take a recent listing where the list price was $975,000 for a large home in a highly sought after neighborhood where homes rarely came on the market.  As in, maybe once a year you may get a shot at this particular neighborhood.

Common sense would dictate that if this is the neighborhood a Buyer simply HAS TO HAVE they put their best foot forward since the odds of their getting another shot until NEXT year are pretty slim.

Instead, the Buyer decides, despite the Buyer's Agent very capably showing comps and market statistics to support the list price, which even seemed a little on the low side, that this was just the right time to use an escalation clause.  Because, after all, a friend of a relative in another state a few years ago used one and was successful in getting the property.

And we all know that those third party experiences trump whatever your agent could know, right?

Anyway, the Buyer proceeds to instruct, no, INSIST, the Buyer's Agent to prepare an offer for $925,000 but to include an escalation clause in $1,000 increments to a maximum price of $1,025,000 because apparently this Buyer thought that the top number indicated her seriousness in wanting to buy the house.

Unfortunately, the Buyer miscalculated how the home Seller would perceive the $925,000 initial offer price and end up accepting an offer that was lower than her $1,025,000 because he and his agent realized that unless he received another comparable offer offering $1,024,000, that $1,025,000 wasn't a real number.

It was just for show. What was real was the competing offer that was list price, with reasonable terms, games not included.

So, had the Buyer with the escalation clause decided, instead of trying to outsmart everyone else, to write an offer that was just slightly over list price - and far below the $1,025,000 she said she would pay - she would have very easily gotten the house of her dreams.

Escalation clauses, when used correctly, are often exactly what a Seller likes to see.  They want to know they have not left any money on the table and that the offer they take is the best they are going to do.

Escalation clauses must be used judiciously, however, and are not necessarily all that it takes to win the day because price is not the only consideration when it comes to deciding which offer best fits the Seller's needs.  Terms matter, too.

Escalation clauses when used incorrectly can turn a Seller off, especially when the initial offer price is below list;  it's just a big old red banner screaming "I don't think your house is worth what you are asking, but if I have to pay more to beat out someone else, I will."

Trust me, that's not a message Sellers want to hear.

Excellent topic to discuss. The comments were very helpful to me as a Mortgage Lender, thanks everyone for your insights.

Great post and comments.  Situationally, I do like escalation clauses.  However, on my listings, I prefer to seeappraisal and inspection contingencies removed and non-refundable earnest money.  That can have more value than a higher price when a buyer comes in and tries to "get their money back" in repair requests.

I first used an escalation clause as a buyer over 30 years ago to successfully buy a home in the Washington DC area before I was an agent.   I have used them quite often and usually very successfully but I usually have to explain it to the listing agent.  Some listing agents have refused to present the escalation clause, so I have to remind them in Idaho, we have to present "all written offers to the seller"!

Many people do say to just present your offer with your highest price, but is that how you bid on Ebay or any other auction?  Don't you typically bid what you need to be in the lead and then post your top price if your hand is forced?

I welcome escalation clauses on my listings, since I think it helps build the case on an appraisal to prove you have another ready willing and able buyer with another written offer.

Seems like a lot of unnecessary paperwork and game playing.  I rarely see an escalation clause here in San Diego.  Usually there are mutiple offers on every listing and we usually expect mutilbple counter offers asking for higheset and best.  That pretty much gets it done without too much back and forth.

Gee whiz.    Buyer wrote herself right out of consideration with an insulting contract price and a small increment up to her top price.    Great post.

I oten use an escalation clause in a know multiple offer situation, and have been successful, but often the listing agents will just ask for the bhighest and best offer.

Escalation clauses are tricky and can backfire.  I have used them a few times, and have received them on listings.  The problem is that the seller sees the maxium price (most agents set and show a limit)  and decides  I WANT THAT PRICE!  We ended up countering all offers and got a little over the maximum price set by the buyer with the escalation clause.

I am unaware of any buyer agent using it.

$1K seems to be peanuts since seller will come back pick someone offering $300K over last sold comp with no contingency, cash offer 5 day closing any how. In our area if you have viewed the property that you should completed the investigation of home condition right away. Want 10 day inspection, repair ?  You are joking?  Rejected instantly. Still have enough high offers to contemplate.

Interesting take on escalation clauses. Personally, I do not advise my buyers to use them.  I did love the line:

"third party experience trumps what your agent would know"

that is so true!  If only we could say that out loud to the buyer/seller!

We have many agents, assuming their sellers, who will not accept offers with an escalation clause. I have used them quite effectively to win multi-offer situations, but never to offer anything less that we think the seller wants. We do a great offer - and generally write an escalation up to 5K to 15K over. Most of our buyers are philosophical about bidding too much.  If it's meant to be...

I do use the escalation clause on occasions but I have a lot ofother things in my toolbox that I can employ also Susan ....

Some areas of town require these clauses.  But if you are talking with the listing agent up front you can determine if one might be necessary.

Good point.  Sellers want what they want for their homes and buyers who play games aren't seen in the best light!

Congratulations on the Feature Susan Haughton this has been a hot (and testy) topic in my seller's market...and agents can't reach a consensus on it!

The best way to win is to make your very best offer and walk away if your offer isn't accepted. If you're unable to walk away, you lose. Needless to say, escalation clauses are not in my recommendations. Great post, regardless.

It has been ages just wanted to check in hope all is well and you are doing ok, Endre

The example you gave was not a smart way to use the escalation clause. Like you said, if they had made a fair offer to begin with and THEN used the escaltion clause, their chance to win the bid would have greatly improved.

I advise my sellers to ignore escalation clauses. Mostly because it is not really enforceable because there is no price. If buyers want to buy a home, they can name a price. If it's a good price, we'll take it or, with multiple offers, we might counter.

I've seen buyers lose a house because they thought they were smarter than the average bear and did not think through the strategy.

I remember this being discussed with me (as a buyer) as a possible option and deciding I didn't want to use it...seemed like a gamble to me. We offered a couple hundred over asking and got the house.

Dang! We RARELY see escalation clauses in my area, and when I worked for Pru back in the boom days, my broker at that time expressly forbade using them.
On another note, LOL! As long as we've been friends, I never actually READ your profile . . . I love you! Yada yada yada! 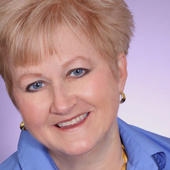