The high speed rail from West Palm Beach to Miami with one stop in Ft. Lauderdale is now up and running.  The quiet zones went live in West Palm Beach a couple months ago as promised.  Upgrades at every crossing are being finished throughout the corridor so train horns will soon be a thing of the past on the FEC tracks.  The ease of traveling by passenger rail is once again a reality for the 6+ million people who call the tri-county area home.

This is just one of the new game changers that are drawing some of the baby boomers who are retiring to West Palm Beach and the surrounding areas.  Baby boomers and millennials are looking to live in urban areas that offer active lifestyles with the following:  Safe pedestrian & cycle friendly streets, access to various modes of transit & entertainment and dining options.  Downtown West Palm Beach has a Walk Score of  90+, with beaches in Palm Beach just 1 mile away.  It has a lot to offer to those looking for a great urban experience.

West Palm Beach has undergone a major transformation over the last 30 years, and so have many of the surrounding communities as population continues to increase in south Florida.   What makes West Palm Beach different is not only is it the county seat but it had a walkable street grid from its inception.  Even though county and city engineers did their best to make it a city to drive through instead of a city to drive to during the 60's, 70's and 80's, it has bounced back and it is now flourishing once again.

The Related Group completed Cityplace in 2001 and shortly after developers added thousands of luxury condos in downtown West Palm Beach from 2001-2008.  After the market crashed these condos were purchased by a wide array of retirees, baby boomers and young professionals who eventually began calling downtown West Palm Beach their home. After not seeing any new projects for several years, the downtown is now booming and building on the foundation that was laid in the first decade of the 2000's.  A new wave of development and new construction is upon us building on what is now a thriving urban environment.

In the last few years we have seen new records broken in the downtown in commercial and residential.  The commercial office tower on the waterfront "Phillips Point" sold for a record and sales at the almost completed luxury condominium named "The Bristol" started rolling in that shocked even the most optimistic projections.  Several units sold over 10 million dollars, and then the entire top floor penthouse sold for a $40,000,000!

All in all the downtown has upwards of 3 billion dollars in new development under construction or in the pipeline.  Two new hotels just broke ground, 3 new luxury apartment complexes, and our first new Class A office tower in years will break ground in the beginning of 2019.  New historic renovations are gutting old buildings, The Norton Museum is undergoing a 100 million dollar renovation, and several more apartment buildings, condos, and a major Cityplace 2.0 upgrade rumored to be three quarters of a billion is taking shape.  Rybovich Superyacht Marina is starting their residential expansion with an expanded marina and two high rise residential towers, and billionaire Jeff Greene has half a dozen parcels in various stages of planning.

Michael, nice overview of the Miami market, and hope buyers and sellers know to give you a call. 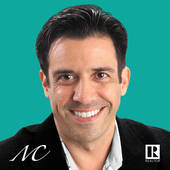