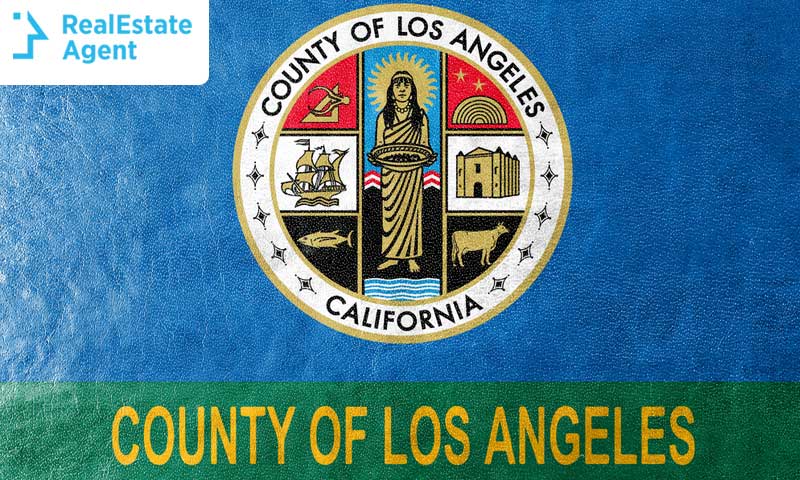 With that in mind, we’ve decided to make an ode to Los Angeles; or a “Los Angeles guide” if you’re not a romantic, creative person – which means you won’t like Los Angeles anyway, so why read it? Our Los Angeles guide/ode is a way to celebrate its birthday, making a note of what makes this city special, so that 237 years from now we can look back and see how it changed. Let’s go!

You know a city is beloved when it has a lot of nicknames – City of Angels, La La Land, Tinseltown… In fact, the city of Los Angeles is the only city in America that is undisputedly known by its initials: LA. They might write NY or NYC, but no one really says “I was born in an why see”. And DC is not a city either. Notwithstanding, LA has also the most famous zip code in the world - 90210, for those who were too young to have watched both of the famous TV shows titled after the Beverly Hills area zip code.

You know a city is lauded worldwide when it hosts the two most financially successful Summer Olympics at its time (1932 and 1984) and it’s about to make history as the third city to ever host it three times; can’t wait for what you’ll do in 2028, LA! And why wouldn’t Los Angeles be a beloved city all over the world? Diversity is not an issue for you, LA; on the contrary. You’ve kept your Spanish heritage in your name and are proud to have not only 50% of your population made of Hispanics or Latinos, but 11% of Asians and 9.6% of African Americans! Koreatown, Chinatown, Little Armenia, Little Ethiopia, Tehrangeles, Historic Filipinotown and Thai Town are just some of your ethnic enclaves that provide a way for people to experience other cultures without having to leave their home. Education is superb, especially when it comes to college. UCLA and USC are two of the most prestigious universities in the country with remarkable schools and NCAA teams - if you like that team spirit. In fact, the Bruins and Trojans, respectively, are so good at sports their alumni went on to win a total of 261 Olympic gold medals for the United States. If you’re looking to study cinema, Los Angeles, California is the place to go; aside from USC (America’s oldest film school) and UCLA, you will find great and respected courses at the American Film Institute, Loyola Marymount University and Los Angeles Film School, all within the limits of the city of Los Angeles. Speaking of that, if you want entertainment options; this is probably the best place in the world. We’re not even talking about the hundreds of movie theaters in town, but Los Angeles, California is also home to 841 museums and art galleries, which makes LA the city with the most museums per capita in the world. And we’re not talking about novelty museums - though there are some of those, if you like - we’re talking about some of the Best Museums in the USA, like The J Paul Getty Museum; which, by the way, charges nothing for admittance. Big music venues? You got it. You’ve probably heard of the Hollywood Bowl where acts like The Beatles, Pink Floyd, Ella Fitzgerald, Monty Python, Fred Astaire, Mikhail Baryshnikov, and many more have played, right? Smaller indie clubs? The Greek, Roxy Theater. Comedy? Go watch current and future comedy stars on the Improv, The Comedy Store, UCB Theater, Groundlings… and you can even watch it for free a taping of your favorite sitcom or a talk show like JImmy Kimmel Live (ABC) or The Late Late Show with James Corden (CBS)! But Los Angeles Attractions go way beyond those... Are sports your choice of entertainment? Then this is the city with the most options for you. On most of the major leagues, you have up to two teams to root for! The Lakers and the Clippers on NBA, the Dodgers and the Angels on MLB, the Rams and the Chargers on NFL, LA Galaxy and Los Angeles FC on MLS. Los Angeles Kings on NHL – but if you stretch a little, you can squeeze Anaheim Ducks in there – and the Sparks on WNBA. This city hosted a World Cup final and two Olympic Games; there aren't many cities that can achieve that feat.

And hey, if none of this works for you because you like to act instead of watch? No sweat: LA has amazing beaches where you can enjoy swimming, surfing, skating (skateboarding was basically born here!), biking and running, parks to picnic with the family, plus hills and mountains to hike and enjoy the impressive view of this stunning city. And, contrary to the professional sports events, you won’t have to pay to take part in these Los Angeles Attractions; they're all FREE! Your climate is 50/50. You gotta love the fact that it’s one of the places where you’ll get the most sun exposure in the United States. It barely ever rains, and the dry weather is ideal for those that enjoy the warmth of the day, but also like dressing up to go out, being able to put on a suit or a dress and not dripping in sweat. However, this characteristic of Los Angeles, California has also its cons. The fact that it never rains, provokes the drought, one of LA’s biggest problems. In fact, many people regard the construction of LA’s aqueduct as the biggest factor behind the growth of the city, because without it, they say, it wouldn’t be possible to accommodate everyone with the weather conditions available.

Yes, it’s true that Los Angeles is one of the worst cities for natural disasters in the country. It’s true that every Los Angeles real estate agent gives a lecture about home insurance to people that come from out-of-state and have no idea regarding the earthquake threat. Also truth that every Los Angeles real estate has an earthquake kit on their essential home items list and every resident of it knows by heart what to do whenever the ground starts shaking. They are all perpetually waiting for “the big one” – and making fun of it too; a lot of professional and amateur comedians in LA, of course. And while wildfires have not been that high within the limits of the city of Los Angeles, a lot of wildfires have been happening in the outskirts of Los Angeles, California, which adds to the already problematic issue of pollution. Which leads us to… LA is a city that was designed to serve those with cars. Uber and Lyft have made wonders to the city because public transportation is not an option here.  And the traffic… well, you could say it’s one of the most talked about Los Angeles Attractions because it’s all Angelinos talk about. But we’re not riffing on them; traffic in LA can be chaotic at times, even with all those freeways and highways. The good thing about this, in our opinion, is that in many ways helped develop in the population the healthy habit of riding bikes, skateboarding and even walking long distances to move around, which in turn helps to sustain a healthier lifestyle and eating habits that are, for sure, one of Los Angeles biggest attractions. Is safety a concern?  Well, unfortunately, Los Angeles has had its share of criminal activities and police brutality. But just like any big metropolitan city, if you know where to go in Los Angeles it won’t be a problem. What’s really concerning is the rising cost of living in Los Angeles and California as a whole. Los Angeles Real Estate Agents are laughing from ear to ear with their commissions increasing year by year and what it seems to be a never-ending real estate demand, but there’s also a rising concern looking forward. No one wants 2008 to happen again, so there’s been a lot of discussion regarding real estate development in Los Angeles. Some revolve around Landlord-Tenants rights regarding rent control; others revolve around the property tax in the US and the changes to Proposition 13, which for 40 years has kept homeowner’s property tax lower, as it based its value on the market price at the time of the sale of the house and not on their current market value.

So, the truth is that, on this issue, a lot can (and will probably) change in the near future. But for Los Angeles Real Estate Agents, one thing that it won’t change is the fact that this is a great environment to work in. A real estate agent can work the whole real estate realm in Los Angeles, California: a beach house, a mansion, a one-bedroom apartment, a houseboat; you name it! And it’s not a stretch to say that real estate could count as one of Los Angeles attractions. There are so many incredibly designed and architecture all over the town – residential or not – that a lot of famous people decided to play the game. Yes, there are a lot of Celebrities in Real Estate. Imagine being a competitor to them; or even better: imagine being the real estate agent to one of them!

There’s no “where to go in Los Angeles”. The only “where to go” IS Los Angeles. If you haven’t met this amazing town, you should. Once you visit Los Angeles, you’ll want to move there permanently.

Happy Birthday, LA! May you continue to be a safe harbor for those who dare to dream for 237 years more!