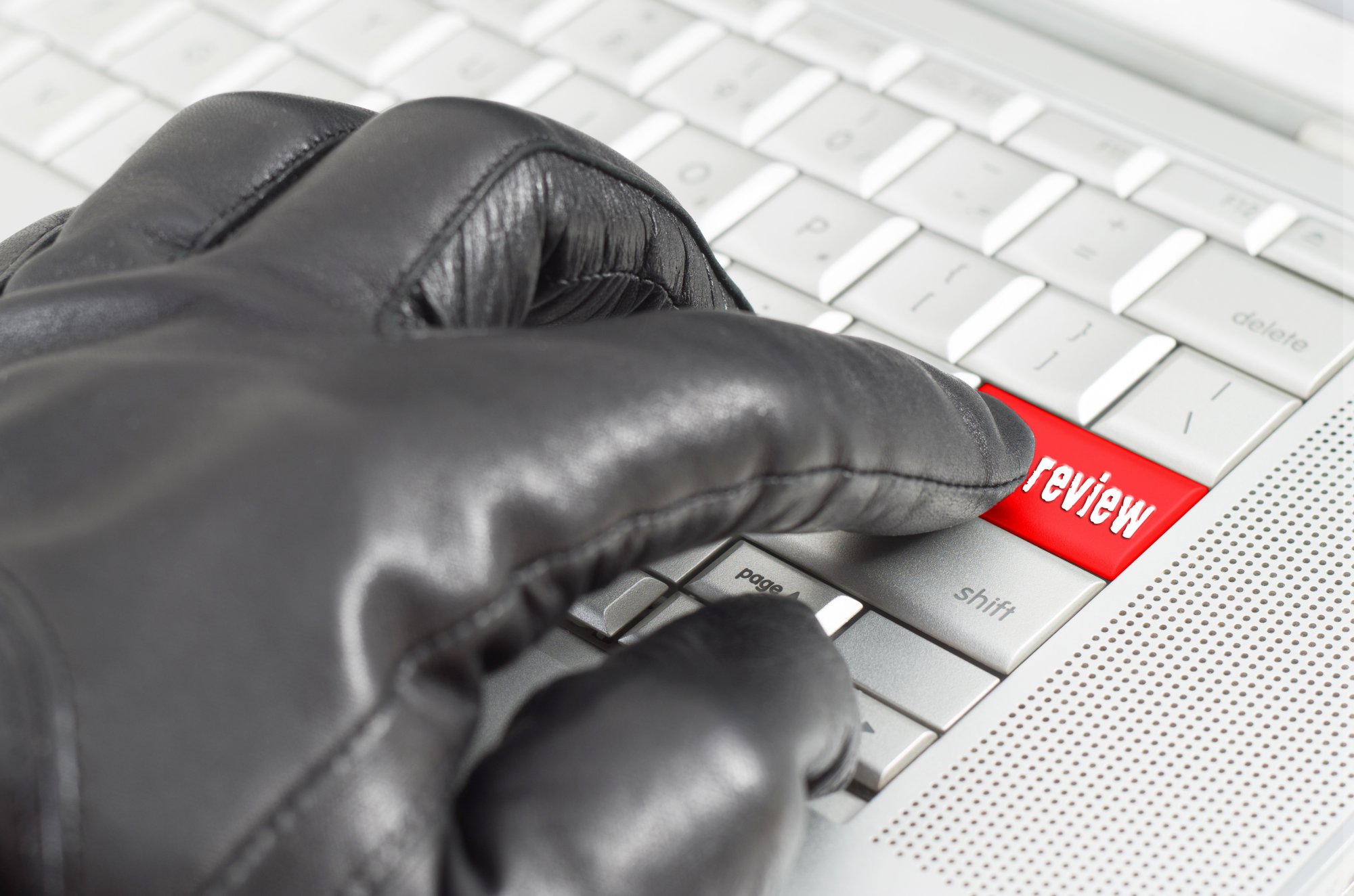 We built a website and provided reputation marketing services for a high-end luxury real estate brokerage in California. They reached out to us a month ago because a person or persons were leaving negative 1-star reviews on Google and Yelp.

Up until May of this year, the brokerage had stellar reviews across the board on Zillow, Yelp, Facebook and Google. Then in May, they started getting 1-star reviews. All of the reviews came from obvious new accounts with no prior history. This was an attack on the brokerage and the broker to harm their online reputation. These reviews started the day after an agent was terminated from their brokerage. Coincidence? I can’t say.

Though I was made aware of who the alleged attacker was, there was no direct proof as to who was leaving the negative reviews, I then started a process to get these reviews removed.

Yelp has an algorithm, a “gatekeeper” of sorts. Yelp knows when somebody signs up, leaves a review moments later and is never heard from again. When new accounts leave reviews, good or bad, most will wind up under the line in an area called “Non-recommended reviews”. This is why you should not solicit Yelp reviews from non-Yelpers. They are also paying attention to “clustering”. When you have many reviews coming in over a short period of time, especially from non-Yelpers, they will most likely wind up under the line as well. Yelp wants Yelpers to be organically motivated to leave reviews. If you send a blast out to your prior clients asking for reviews, the algorithm will pick up on it.

Our client received a number of negative Yelp reviews. It was obvious they were all non-Yelper new accounts. Only one review each. Luckily they all wound up under the line which does not affect the average, but you can flag them for reconsideration. Generally this needs to come from a personal active Yelp account. When you flag a review, as a Realtor you will have three choices as you can see in this screenshot: You might think we would have used, “It was posted by a competitor or ex-employee”. However you have to be able to prove it was THAT person. Instead we flagged as, “It does not describe a personal consumer experience.” In the notes, use the following language:

“This rating does not reflect a consumer experience with our company. This individual is not known to anybody from our company. It has been posted by an individual who is trying to manipulate our ratings for the worse.”

Sometimes you might receive a review for your parent brokerage. Or maybe you represent the bank and the debtor goes “scorched earth” even though you never had contact with them. “Wrong Business” is self explanatory. If it is the disgruntled debtor, go with “consumer experience” and explain that you represented the bank. It usually takes 1 or 2 weeks for a response. All of the reviews we flagged for this client were removed. Upon success, you will get an e mail that reads(redacted):

We’re writing to let you know that we’ve evaluated Mark J.’s review of YOUR BUSINESS that you recently reported. After assessing the review carefully against our Content Guidelines, we agree that this review should be removed. We rely on community engagement to help keep Yelp useful. Thanks so much for taking the time to bring this matter to our attention! For further information on using Yelp, please find answers to frequently asked questions in our Support Center (http://www.yelp-support.com). – The Yelp Support Team

Our client had eight negative Google reviews posted since May. None of the reviews communicated an actual business experience. They were all personal attacks and name calling. They all came from Google+ accounts that had no prior activity. We went so far as to do searches on all the account names. One was a professional tennis player. One was a name that had no record in the USA. They all appeared bogus. Two of the reviews were left within minutes of each other and contained the same language. A sophomoric attempt at best.

The Google flagging process is a bit more complex.

Leave a response like the one above: “This rating does not reflect a consumer experience with our company. This individual is not known to anybody from our company. It has been posted by an individual who is trying to manipulate our ratings for the worse.” You can add additional details. Be as factual as possible but not long winded Next you will see this:

Click on “This post contains conflicts of interest” and be sure to put in your e mail address. I chose this option after hours of research into the Google policies and procedures of what constitutes a violation which might lead to a review investigation. You just completed phase 1

Wait 48 hours and sign back into your Google business account. On the bottom of the left sidebar you will see “Support”. Click there and you will see this. Click on “Customer Reviews and photos” Then e mail support. You will have 1000 characters to clearly communicate your case. With this client I communicated that it looked like they were all new accounts, and that the names did not line up. The content had been duplicated and this had probably come from the same IP address in that market. Google states it could take up to three weeks for them to investigate the case. If you do not hear from Google or see the fake reviews removed from your Google Business page, then go through the same process to request a callback.

In this case, we had resolution within a week. 6 of the 8 reviews were removed and 2 are still pending their investigation.

This post is specifically about fake reviews from prior employees or associates. Clients or prospects you have never had contact with. They are not in your database. You don’t know who they are. If the negative review is from a prior contact, you need to deal with it. First, one on one to resolve their issue. Secondly, if un-resolvable, then leave a response to their review which you can do on most review platforms. Be honest. Be nice. Maybe go into some details. You need to show intent on resolving any issues and the humble pride you take with your online reputation.

I noticed this alleged agent had four 5-star reviews on Zillow. Funny thing was, this agent was showing no completed transactions as far as I could tell. The only property he was representing was his parents house. I signed into my Zillow account last week and flagged each review as “Appears Fake”. I then wrote a short note on each flag suggesting Zillow audit the agent’s account. As of this morning, two of his reviews have been removed. Some might think I am taking this too far, however I am very protective of my agents and review fraud is fraud. An agent with fake reviews has no integrity in my book.

Not to go off subject too much, but we had another client 2 years ago that held the number one position in Yelp for their market. Suddenly out of nowhere, a competing brokerage was about to overtake them with the number of reviews. There were twice as many reviews as there were lifetime transactions. I started analyzing the reviews. They all came from one ethnic community of Yelpers throughout the United States. I also noticed the syntax of the content of the reviews was similar. In fact two of the same adjectives were used throughout many of the reviews. Most of the reviews did not communicate experiential consumer contact. They were just endorsements. There was enough circumstantial evidence that I used the same flag I spoke of earlier,  “It doesn’t describe a personal consumer experience”. Yelp reviewed their account and over 18 reviews were removed for violating Yelp’s terms and conditions. Again, fraud is fraud.

1) DON’T PANIC if you receive a negative review from somebody you have never had contact with. There is a process in place to deal with it. The process is not always 100% successful, but it works of you communicate in such a way that your false review flag lines up with that review system’s policies on flagging. You need to write like a lawyer. I have a distinct advantage because I am a former fraud investigator and worked for law firms for a number of years in the late 90’s and early 2000’s.

2) Do not fear online review systems. Embrace them. Be proactive in collecting online reviews from your prior clients and your new clients when they are doing the happy dance at the end of the transaction.

3) We have a system in place that can manage this for you. AgentReputation.net

Thanks Chris! The insights shared are excellent and, while I hope I never need to use them, I now have access to an effective means to remedy bogus negative reviews.

There are a number of types of negative reviews. False. People who never had a consumer experience with you. maybe you did mess up. That's OK. You can always respond to negative reviews.  And some people are just haters. The key is proactively gaining 5 star reviews when people are doing the happy dance to keep a high average.

Chris, thanks for your post, I will bookmark for future use. Hopefully that's not the case.

If anything ever hits the fan, I will counsel any of you at no cost.

CJ, thank you for the excellent information. Online reviews can definitely be minefield.

Great information, but what a huge waste of time to have to jump through all these hoops just to protect one's online reputation.  Sigh.  Will bookmark and hope I never need to actually do this!

Good to know there are options and somebody like me willing to help you.

Valueable info! I've not experienced a negative review and hope I never will.  Sabatoging another broker--that's so dirty.

Horrible. No class whatsoever. His broker could even be heald accountable. But the lawyers for my client have this to stop the attacks.

This is great information, I have a one star review on Google from someone with a name "A000" as well as on Facebook. This will help a great deal. Thanks so much for sharing CJ Hays!

Have been considering using Yelp in my business.

Very thorough treatise on a difficult topic, CJ Hays ; thank you!      Bookmarked in case I ever had to deal with this.

I am going to bookmark this . I received a bad review from someone saying I was a jewelery store

Hannah, if someone calls you a gem, maybe they didn't have the wrong business. ;-)

You are a priceless diamond.

So glad to see this post featured! I've bookmarked this..awesome information..thank you!!

Here is my follow up that I just posted for any Yelp naysayers https://activerain.com/blogsview/5279944/the-reality-of-yelp-and-other-review-systems

Depending on unknown reviews whether positive or negative from the Internet is IMO worthless. Buyer beware, therefore, conduct your own due diligence. How are you to know if the review is from the company or competitor trying to influence your decision? Regardless, great post illustrating how to remove negative reviews and information about this subject.

Again, I’m seeing how common this is M I just came back to this one from yesterday to see what everybody else thought. There seems to be a consensus.

Is there a solution for removing negative Facebook reviews?  Asking for a friend...Really!

If you were a horrible agent, which I am sure you are not, you would just deactivate the review function. I have never had to try to remove any negative facebook reviews because it's harder to create fake FB accounts. However, I came across this article on the process.

This is great! Now if we could do this with Facebook too.. ugh 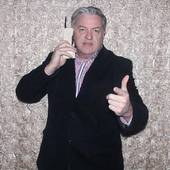