I have been somewhat off the grid for the last month or so & I let a major anniversary slip by me as I am now at the benchmark date of September 1st which marks the 13 year 6 month anniversary of when I first became a realtor on March 1, 2005.  And also on August 30th I celebrated my 71st birthday - another milestone for me. But the far more important anniversary for me was July 26th  just past, my 11 year anniversary of joining Success Real Estate which is one of the premier real estate companies on Boston's South Shore with the highest standards & where I found my natural home in real estate & have never desired to go elsewhere. Would recommend Success to anyone starting a career in real estate.

Congratulations to you, Ray, on all these anniversaries. Are you planning to attend our little Active Rain meetup in November during the NAR convention in Boston?

Hi Ray- congratulations on the anniversaries that you are celebrating!!!!  Hope you attend the ActiveRain MeetUp in November that Nina Hollander mentioned. 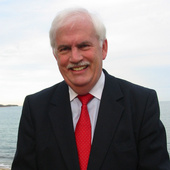