This series of blog posts explores the idea that the tech industry is reshaping and redefining real estate markets. This is the second post in that series. (Make sure to share your thoughts in the comments section below.)

Microchips. Microschools. Microservices. Micromanufacturing. (In the post “Trying to Stay Competitive? Do You Maximize, Minimize, or Do Both?” you can read about how micro-living is gaining momentum.)

And in real estate, we have Micropolitan: cities with small concentrations of population.

According to the most recent statistics from the Census Bureau (reporting changes from 2016-2017), growth in micropolitan areas has steadily been increasing over the last several years. It seems smaller urban clusters and suburbs are attracting new residents.

So, what does this have to do with the tech industry? Let's find out.

There are multiple factors turning the tech industry into a driving force behind changes in all types of markets. In Part 1 of this series, we discussed how the tech industry is impacting real estate markets. Here's a brief review of the key points.

Tech jobs are on the rise.

The number of jobs that are now tech-related increased significantly over the last decade. Those occupations involve designing or discovering new and innovative solutions for computing technology. Growth in this sector of employment is faster than any other type of employment.

Employees with a high level of digital skills receive higher pay. Since 2010, tech-related fields gained 0.8% annual wage increases. This compared to non-tech-focused occupations which saw a 0.2% decline in wages each year.

Millennials (ages 22-37 and) dominate the tech workforce. As of June 2016, almost 43% of all tech hires were millennials.

A shift in homebuyer demographics.

The age group monopolizing the tech workforce is also taking over the housing market. Thirty-three of the top 50 home-buying markets had large increases in Millennial ownership.

Job seekers, especially Millennials, want the ability to work remotely. For any new text startup, it's become the norm rather than the unexpected perk.

We explored St. George, Utah as a prime example. The southern part of the state is not the thriving metro area like Salt Lake City. Yet tech companies are being drawn to the area. In addition to not being overbuilt, property prices are much less than the more urban SLC.

There's also a flip side to the remote work phenomenon. Employees are no longer forced to live near the brick-and-mortar company they work for. So, they're choosing the suburbs.

What is the primary driving factor behind increasing populations? NewGeography explains that for both metro- and micropolitan cities it is domestic migration. (Domestic migration is when a person moves from one state to another.)

“The 2017 population estimates show that there is a resounding ‘return to the suburbs,’ with historical trends restored after a brief interlude caused by the Great Recession. At the same time, medium-sized metropolitan areas, with either small or no urban cores are gaining many more domestic migrants than their larger cousins.” (SOURCE: NewGeography)

Another interesting trend that coincides with this micro migration is the demographic makeup of the migrants. Research reveals a national pattern: 4% of people aged 25 to 34 are domestic migrants. “No other age group comes close to this level of wanderlust,” reports the American Public Media Research Lab. There go those Millennials again!

The number one reason for moving to a different state: to pursue a new job opportunity.

So, what happened to remote work? If they can work from home, there's no need to move to another state, right?

True. There are remote employees that live in different countries. But it's more common for a remote employee to live in the state that the tech company they work for is headquartered. The difference is that they no longer need to move to the urban areas where most companies have set up shop. They are casting a wider net when searching for homes.

Millennials typically don't have the funds like their Boomer parents. This means suburban and less densely populated cities are much more attractive. The numbers back this up.

The 2016-2017 Census Bureau provides data on micropolitan areas. Two out of the top 10 growing micropolitan areas are in North Carolina. These cities are 41 minutes and 1 hour 15 minutes outside of Raleigh -- Dunn and Pinehurst-Southern Pines, respectively.

Would it be a surprise to learn that the city with the most tech jobs in the country happens to be Raleigh-Durham, NC?

It’s no coincidence that the city offering the most employment in the tech industry also has two of the most actively growing micropolitan areas nearby. For homeowners looking to make a change, now might be the right time to sell a home located in the Raleigh-Durham area.

A Trend to Watch

When it comes to domestic migration an intriguing trend has started. There seems to be a correlation between positive net migration and growth in micropolitan cities. The top five states with the highest rate of incoming state-to-state migration are:

Out of those top five, three also have a city listed in the top 10 largest-gaining or fastest-growing micropolitan areas.

Perhaps it's the current residents who are moving to suburban areas to avoid the influx of new people moving in. Or perhaps tech industry employees want to work for the big startups, but -- thanks to telecommuting -- choose not to purchase a home in the hub of the big city.

Either way, doesn't it warrant a bit of research for the real estate agent looking for a competitive edge?

Have you seen a change in your area's market that correlates to tech startups and tech jobs? Share with us in the comments below.

Thanks for sharing this useful information. Via -www.mywifiext.net 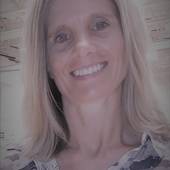