So many failures lead to one success.

And it is very difficult to admit the failure.

A re-post from Patricia Kennedy.

After five years as a successful real estate agent, it seemed like the next move.  I wanted my own office to build and shape and turn into a success.

Two of the three managers I'd worked for were wonderful and made it look easy and fun.  The third fellow was a textbook example of what really bad management looked like.

I'd been with Shannon and Luchs, and old DC firm, and I finally screwed up the courage to call the regional vice president to have a conversation about it.

He explained that his only reservation was that I was a very good agent, and that selling and managing were two very different skill sets.  Still, they put me through a battery of standardized aptitude tests that predicted I would probably be the next great thing.  And that same week an opening came up at the office where I had started my career, a 50 agent branch office on P Street on the cusp of Georgetown and Dupont Circle. So my new boss set up a meeting to introduce the agents to their new manager, and the fun began.

We were in a room with people sitting on chairs, desks and the floor.  I gave my little speech about how my job was their success, and I would walk on hot coals to make it happen for them.

Then I looked down, and there was a young man sitting on the floor.  Suddenly he started crawling toward me, looked up like a sad little kitten and said,

Whoa Fella!  I must have looked pretty horrified.  I explained that he was looking not at new mom, but at new coach.  And the air somehow whooshed out of the room.

My predecessor had a very strong parent/child management style, and the office was full of agents who were attracted to just that.  They wanted and needed their mommy to encourage them and give them approval.  And I had just made them wrong.  By the end of that first day, about half of them left for a sweet jolly mommy broker who ran an office for a competing company.

Then I looked at who stayed behind.  Two were problematic prima donnas, and a lot of the others were pretty new age.  I tell myself, I can do new age. After all, I was a vegetarian for a couple of years.  Then, one of my first goal setting one-on-ones went like this:

"So, Suzanne!  What are your goals for the rest of the year?"

"Oh, I'll wait to see what The Universe sends me."

"Um, Are you planning to make any requests of The Universe?"

Then she left to follow the others to the competition.

OK, the situation wasn't all that awful.  Most of the people who left were unproductive anyway.  I would just grow my own!

Then, as I embarked on a huge recruiting campaign, I realized that I could interview a prospective agent, but I had no clue whether they would actually be a slug or a ball of fire.  I almost said no to the woman who eventually became my top agent!  But slowly, the new agents started to work out and the numbers slowly improved, with slowly being the operative word.

But after two years of struggle, I realized that while I'd gotten some great training and could recognize what good management looked like, I sucked at it!  So I made an appointment to see my boss (who had been terrific the whole time) and told him that managing was not the highest and best use of Pat.  As soon as he found a replacement for me, I wanted to return to listing and selling.

The only thing that made me feel good was that the next two managers who tried to make that office work were even bigger failures than I was!  Eventually they closed it down.

What did I learn?

There is this sort of crazy man who is a writer (Radical Honesty) and therapist, Brad Blanton.  And he has this wise saying:

Well, that was me alright!  And it was certainly worth doing! 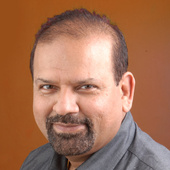