Agust closings of luxury homes priced over $700,000 on the Des Moines MLS turned in their best performance of the year with 11 closed vs. 9 closed in July. Pendings rose also from 18 in July to 20 in August. August is traditionally not the best month for home sales locally but sales in this category bucked the trend of the overall market for the second month in a row jumping 22% from the previous month.  Active listings were unchanged at approximately 103. Overall the category added 26 listings in the month either newly active or coming back on the market.

With 103 units active at the end of the month there was a 10.7 months supply at August's sales pace which would indicate the buyer's market for luxury homes in the Des Moines area persisted for the 8th month in 2018.

Clive and Des Moines West led the metro in closed sales with three units each. West Des Moines remained the metro inventory leader yet again for the third straight month with the largest number of listings at 18 active and 5 pending, followed by Urbandale with 14 actives and 3 pending, Waukee with 13 active and 2 lending, Ankeny with 10 actives and 2 pendings.

Average days on market were Active: 169, Pending: 81, and Sold: 85, indiciating an overall continued shortening of market times in this category.

The dollar value of inventory remianed almost unchanged from $103,067,259 in July to $105,202,346 in August. Nineteen Des Moines MLS areas saw no sales over $700,000 for the month. Inventory stabilized from building out slightly all year slightly as we work through the third quarter of the year but August brought the 2nd best month for sales all year. New contruction  listings made up an even 40% of pending sales and appx. and about 12.6% of all current actives, which was the same as July. Recent data also show that for the past year new construction builds have pretty consistently been about 30-40% of all MLS sales.

If you need your home to stand out in this market or if you're planning to buy a luxury home this year I can help. Please call or text me at 515-988-3726 for a consultation today.

Good morning Matt. Thanks for updating us about your real estate market. It’s interesting to see how the market differs in various parts of the country.

Thanks for stopping by Joyce! 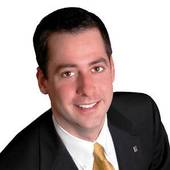