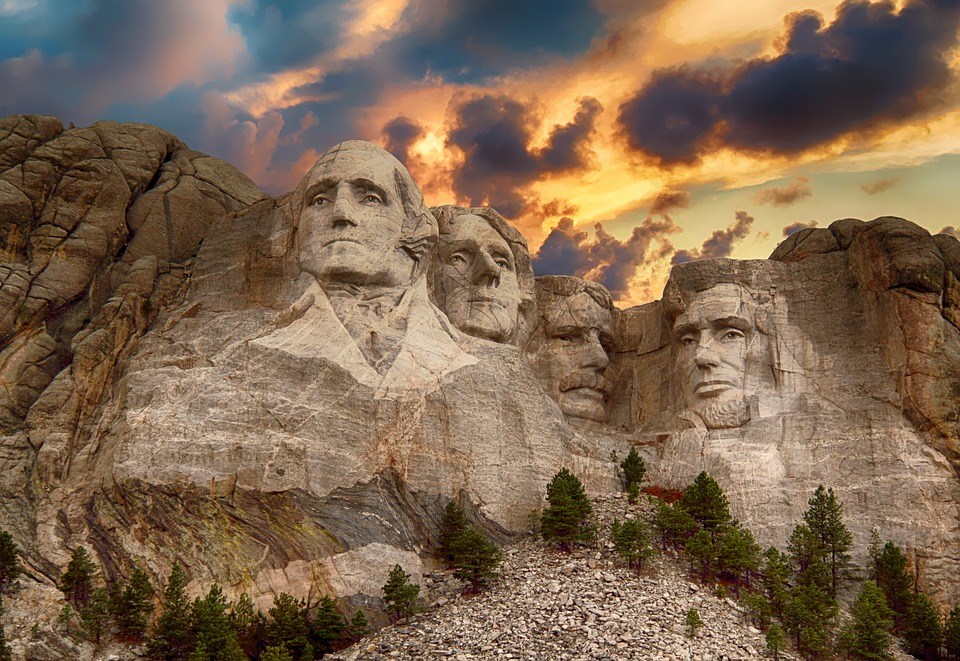 Big week of data ahead and auctions, including a Fed decision, which will (with 95% certitude) bring us a rate hike.

My 82-year old Dad was road tripping across the country with two of his buddies and in the process taking down a number of items on his proverbial bucket list.  He texted over some amazing photos from the Badlands of South Dakota and, of course, Mt. Rushmore.  I had never really though much about the monument beyond its caricature status and, well, perhaps thinking which president might be added next if they were ever to expand on the four there now; Washington, Jefferson, Theodore Roosevelt and Abraham Lincoln.  A true icon of Americana, Mt. Rushmore has some interesting facts behind it:

My lands are where my dead lie buried,