As with any momentous decision, settling on when to sell your Charlotte house can take time—and even then, acting on the decision can be slowed by extraneous factors. Who doesn’t have local obligations to deal with and Charlotte friends and neighbors who’ll need to be reassured that your relationship isn’t going to be irredeemably severed? Acting on a decision to sell your Charlotte house can seem to be the real estate equivalent of moving an ocean liner with a single tugboat: very slow going.

Even so, there are persuasive reasons why you might want to move the process along more quickly than momentum would dictate. Recently some of those reasons were laid out in Realtor, the official magazine of the National Association of Realtors®. It’s considered an indispensable resource for us in the residential real estate profession; its research has long proved to be highly reliable.

Although the nominal subject matter was “Why Buyers May Lose If They Don’t Act Now,” the findings were even more relevant for Charlotte homeowners who’ve decided to sell. The central causative factor was projected interest rate hikes. Surveys indicated the result would be a gradual impetus forcing home buyers to settle for smaller, less expensive homes. On point was one mortgage broker, who put it simply. “Every time the interest rates go up,” he said, “you eliminate a group of people who can no longer afford to buy a house.”

For future sellers, the message is clear. If you know that you will be selling your Charlotte house but suspect that the pool of eligible buyers could be slowly self-eliminating, that’s a pretty good reason to decide to act sooner rather than later. Add in the general finding that across the U.S., the heaviest selling months are May through September (they account for 50% of the year’s average volume), and the reasons you’d want to list soon are persuasive.  Summer is synonymous with bright sunlight and more free time—which are also reasons why we are entering a great time to sell your Charlotte house. Our job is to make the whole process—from listing to closing—as expeditious (and obstacle-free) as possible. For a no-obligation consultation on what you can expect from the current market conditions, we hope you’ll give us a call! 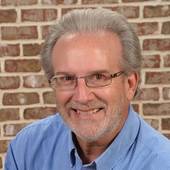