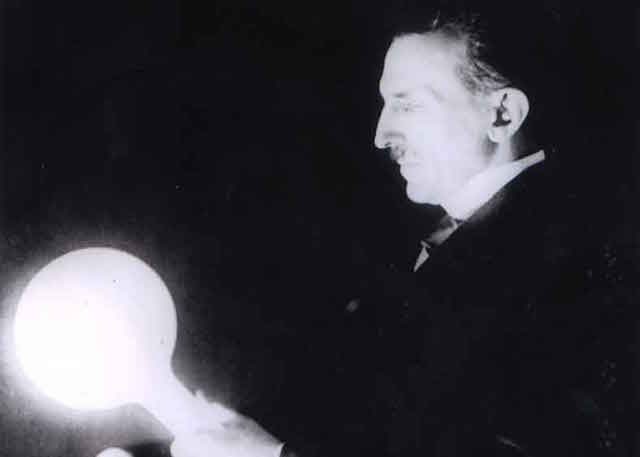 Many, if not most, credit Thomas Edison with our modern electrical systems however none would be possible without Nikola Tesla. Tesla was an engineer who came to America with a dream continuing his work for the great Thomas Edison at Menlo Park.

At the time, Edison was working on a design for what was then known as a dynamo (electric DC generator). Tesla offered to work on the design and made a bet with Edison that he could produce a working design in short order, if he accomplished the goal Edison agreed to pay $50,000.  After Tesla produced a working design, Edison told him he do not understand American humor and refused to pay the $50,000.

Tesla quit working for Edison and after a failed attempt at starting his own company took a job digging ditches for telegraph lines. Tesla continued to work on his various inventions and between 1887 and 1888 was granted 30 patents catching the attention of George Westinghouse who offered Tesla a career at his firm.

Tesla would go on to invent the brushless AC motor, a new dynamo design making alternating current (the type of electricity in your home) possible, oscillators (a device that makes electronics possible), testing equipment and ultimately the short range radio which he used to pilot a remote control boat in a Manhattan lake two years before Marconi (who is often mistakenly credited for inventing wireless communication). Tesla would design the transformers making it possible to produce large voltages capable of transmitting far distances and then reduce the voltages to be usable power.

Without the inventions of this one man, an immigrant form Serbia, the world may not see this post as the computer, AC electricity, radio communication and the basis for almost every electronic device we have in our homes today would likely not exist. For that matter, our homes would be completely different, less interesting and more like those found in the mid 1800's. For this blog and others about people who impacted our world, visit www.jimlordregroup.com/blog