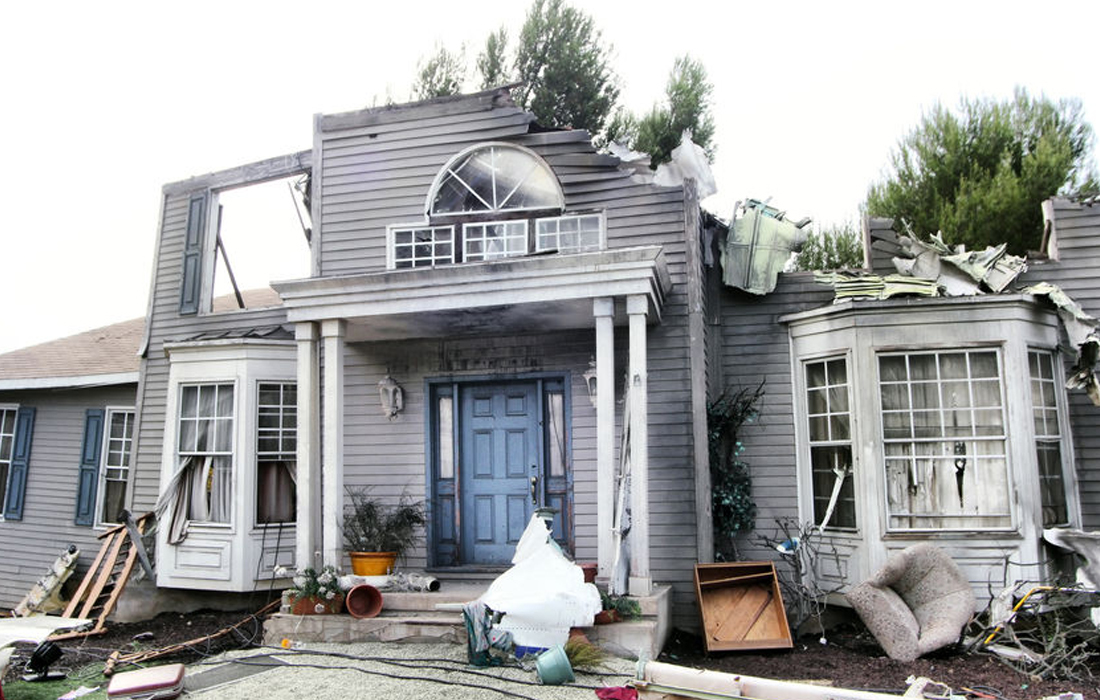 In a case of too little, too late, the Florida Panhandle is now realizing its construction codes were not sufficient to handle a storm as intense as Hurricane Michael. It was once argued that the trees would help save Florida’s Panhandle from the fury of a hurricane, relying on the acres of forests to provide a natural barrier to a deadly storm’s fierce winds. Looking back, that seems unrealistic, but hindsight is 20/20.

Florida has some of the nation’s toughest building codes. But in the Panhandle, you wouldn’t know it. The rules are looser there — construction codes only call for protection against 130 mph winds, not the 155 mph that Michael brought.

According to Craig Fugate, the former head of the Federal Emergency Management Agency and a longtime emergency management official in Florida. “That’s what I call the old Florida,” he says. “It’s not a bunch of high-rises. It’s not a lot of new construction. This is multigenerational Florida families. Many of them were descendants of folks who fished the areas.”

After Hurricane Andrew in 1992, Florida set out to revamp its building codes. Miami and Broward adopted strict standards, requiring storm shutters and reinforced concrete block construction for all new buildings. The threshold was raised to require structures able to withstand winds up to 175 mph.

But the key word here is “new” construction. What about the hundreds of thousands of homes with “old” construction that are present throughout Miami? Are we really better off than we were in 1992, or do we have communities that could look like Mexico Beach when another super-storm hits?

According to the US Census’ American Community Survey, less than 28% percent of homes in Miami-Dade County have been built to the new construction codes. The rest of the homes are old stock, which may, or may not, be strong enough to withstand a serious storm.

Sixteen percent of homes across the US have been built since 2000, according to the ACS, which puts Florida just around the national average — but Florida’s homes are the most at-risk for flooding damage in the country, according to financial and housing analysts CoreLogic. A 2017 storm surge analysis reports that nearly 2.8 million homes are at risk of damage in Florida. Nationally, six out of ten of the most at-risk cities for storm surge damage are in Florida.

Miami also has a recorded 54,000 mobile homes, which are unlikely to survive even at Category 2 storm. Furthermore, these residents are the least likely to have the resources to be able to evacuate. So, are we doing enough?

If you’ve driven through the Florida Keys over the past few months, you’ve undoubtedly noticed that many homes in Monroe County are now towering above sea level, propped up by 10+ foot concrete block stilts. Several of these raised ‘cottages’ are being built by Monroe County as affordable housing. As much of the Key’s workforce was living in trailer type homes, following the Irma destruction, a need for affordable housing has reached epidemic portions. These homes were designed by Cusato, which led a similar project in Louisiana after Hurricane Katrina.

If the Monroe County government realizes a need for these raised homes, which can withstand 200 mph winds, why aren’t these methods being added to building codes throughout Miami?

There are certainly areas of Miami with high-rises and newly built homes that will withstand super-storms, but Miami-Dade needs to take a look at the Panhandle and consider even additional requirements for its building codes, and consider what can be done to retrofit existing homes. This is an issue in lower-income areas as well as upper-middle. Hialeah, Miami Gardens and even Coconut Grove still have plenty of wood framed houses. In Miami Shores, where houses sell from $500k into the millions, nearly 90% of those homes were built with the old construction codes and would likely be in a similar situation as Kendall and Florida City was after Hurricane Andrew.

As we’ve previously reported, up to 70% of Miami homes do not have flood insurance. If those numbers were to be cross-referenced, we will undoubtedly find an overlap of pre-Andrew construction code homes and those without flood insurance. The time to address this potentially catastrophic situation is now, before Miami winds up like the Carolina’s and Florida’s Panhandle wishing they had done more to prepare. We are literally one storm away from a major disaster.