Blockchain is the technology that emerges with Bitcoin with a spectrum of possibilities that is increasingly broad. Although Bitcoin was proposed as a point-to-point payment method, supported by a decentralized processing network and a logical solution to the problem of double spending, it is discovered years later that its technology can be used to develop not only digital money, but also type of applications.

Initially, the first great application in revolutionizing the ecosystem was the smart contracts. These block chain addresses programmed to act automatically and intelligently when they are transmitted a command are being used by business sectors of all kinds: manufacturing, energy, transport, financial, entertainment, and even Internet developers of Things.

As Bitcoin is an open source technology, many computer developers replicated the protocol of this network to, with some modifications, develop new platforms with applications and specific uses.

Since then, there have been several block chains with their own chips or crypto active and different purposes, such as being means of payment, execute smart contracts, operate Iot devices, record and store data, support social networks to share content, have galleries of art and collectibles, making private transactions or allowing the autonomous development of other decentralized applications tailored to the client.

Bitcoin is the motherboard of the block chain concept. It is a technology based on point-to-point exchange (P2P) that dispenses with central authorities or banks to process and approves transactions, in addition to issuing the bitcoins in a mathematically controlled manner. It is the first crypto currency. All subsequent projects are inspired by this network to develop their networks with their own characteristics.

Bitcoin is the most accepted cryptocurrency in the markets and the one with the highest value, with a meteoric rise in its price since its creation in 2009. It is used to buy and sell other cryptocurrencies, as well as value backing, appearing as digital gold; although in recent years its dominance has been diminished due to the expansion of the market and growth of other crypto actives.

The network was created by who hide behind the pseudonym of Satoshi Nakamoto and later its development was led by other experts of the initial team, called Bitcoin Core. Over the years, new developers have been integrating this open source project, which now has more than 400 employees. The developers work daily to face various obstacles and incidents that shape the history of Bitcoin. Currently, the main challenge is the scalability (growth) of the network, which went through the implementation of Lightning Network and atomic exchanges.

Ethereum is one of the most important decentralized platforms, which is characterized by allowing the simple execution of intelligent contracts, useful computer applications programmed to execute commands automatically and without the need for trust in third parties.

Visit Altcoin Sidekick to know more about the technology. 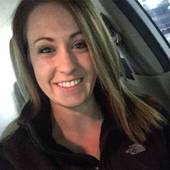