As the pages of the calendar fall to the floor, what seemed a distant event begins to appear closer. From the first time I heard the rumor, it was easy to believe and easy to imagine. Disney was going to build a hotel in Ko Olina.

The Disney family is a pretty good family to have moving into our neighborhood! Not only for the investment and jobs that will be brought, but for the quality of the corporation and the people who are part of it.

I had the pleasure of working with a large company move when the Santa Fe Railroad moved their Locomotive repair shop and other support services from San Bernardino, Albuquerque and Euless, Texas to Topeka, Kansas. It was over several years and being a REALTOR was redefined to me during that experience. I personally visited each of the locations that was being effected by the move and met with workers and their families to answer a multitude of questions that came up. We actually rented conference rooms in the hotels and invited transferees to come with their families and ask about Topeka. During those trips, I spoke to hundreds of people.

What I learned was that in each family, a move to a far away place was way beyond the house they would be living in. Schools for the children, jobs and unemployment benefits for the trailing spouses, the community in general, tax events, cost of living, doctors and health concerns where often more of what we talked about than Real Estate. In many cases, we were the first person they knew in the town they were learning they were going to be calling home. I was involved in a lot of transactions, but more enjoyably, I was involved in a lot of lives and think I was able to provide a valuable service throughout the experience.

The internet was not was it is then. I suppose that many answers will be able to be answered with Google and websites. It will be interesting to watch the process as it unfolds and people begin to come to town. I hope I'm able to make that transition more comfortable and easy as they do. In the meantime, I will start to add references and things that someone moving here might find interesting.

As I have said before in this forum, Ko Olina is a beautiful place and since this will be the first time Disney will build a Hotel without an accompanying park, I think that speaks volumes of how beautiful the area is on her own merits. The planned hotel site is located on a crescent shaped lagoon and will be built between the Ihilani Hotel, a 5 star Marriott property and the Beach Villas which are brand new residence villas which are the first year round residence opportunities on any of the 4 Ko Olina Lagoons.

A wonderful beach trail connects the 4 lagoons on a mile and a half coastline trail. There are 5 other communities within the gates of Ko Olina which are Kai Lani, Coconut Plantation, Ko Olina Kai, Ko Olina Hillside and Ko Olina Fairways. Several of them are built along the perimeter of the Ko Olina Golf Course which is world class and currently Michelle Wie's home course. Lastly, there is a beautiful marina with nearly 300 slips in what is one of if not the best marinas in the State of Hawaii.

Ko Olina is officially within the city limits of Kapolei and is a neighborhood more than an independent city. I would guess that the 5 communities have over 1,500 residences between them within walking distance to the new hotel site. The school district is Kapolei which is about 3 miles away and it has several new schools and bus service to them from Ko Olina. I think you'll find the area a good place to live as well as a great place to raise a family. 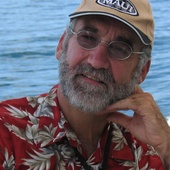 http://www.KapoleiToday.com An informative post that is updated often regarding the growth and development of Kapolei and Ko Olina, Hawaii.