Home > Blogs > Holly Weatherwax > Real Estate and Other Stuff in Northern Virginia
bookmark_border
It has been a couple of really tough weeks (months, years, really) for the U.S. It is disheartening that so many awful things keep happening. One thing that has struck me, each time that a new person has been identified as being responsible for a horrible act of violence. Most of their neighbors say that they kept to themselves and really didn't interact with the neighborhood.
I grew up in the idealistic planned community of Reston, VA. We were that quintessential pack of children (many of us were latch-key-kids) who ran through the community from early swim team practice until the lightening bugs came out to play. We were all colors, backgrounds, financial statuses and, honestly, we didn't notice. I felt safe there seeking help from most of the neighbors (except for that mean guy on the corner. But in hindsight, even that mean guy on my corner had a nice wife and kids...by knowing them, I always believed he probably wasn't as awful as I believed him to be).
As a Newlywed, I moved back to Reston, and we bought our first house. We have been so fortunate to make life-long friends in all 4 of the neighborhoods in which we have lived. My children grew up knowing their neighbors, our friends from our old neighborhoods and our friends from college. Their sense of community was even stronger than was mine. I remember one of my daughter's friends from school, who lived several towns over, being surprised that we hung out with our neighbors. 'We don't even say Hi to our neighbors,' she said. It broke my heart just a little.
Last weekend, we traveled to Austin, TX for the wedding of my oldest daughter's best friend. They met as young girls playing on a local soccer team.  They went to  different schools and met up again at an orientation for their university. They roomed together for 3 years in college and 2 years after. They became each other's community, along with other college friends they met along the way.
For the wedding, the Bride and Groom brought their college community and their Business School community together for a wonderful weekend. These will be their lifelong friends if they are lucky and they work hard to maintain the connections. I hope that along the way, their community will grow to include people that live next door, down the street and on the next block. I hope that their community continues to get bigger and bigger and bigger.
I has got me thinking, what if we all tried harder to create community? Could this help stem the rise of hate that we see and hear about every day? What if we recognized that the person next door was a good neighbor, even if they weren't a good friend? Could, just maybe, interaction and acceptance help free that person from the isolation that comes from not having people to interact with every day?
I fully understand that this is a 'Polly Anna' view of the world. You don't need to tell me that things are far more complicated than this. I know. But I still feel like there is room for each of us to reach out and bridge the gap, make a friend, be a good neighbor--to bring back a sense of community.
The world is a hard place and connections help to make it easier. Take some time to reach out to a neighbor or an old friend. You never know how important that small act could be to someone who doesn't have much of a community.
Like favorite_border
favorite_border 13
Re-Blog
repeat 1
starFeatured
bookmark_border

Groups:
Around The Water Cooler
Be Thankful
Dedicated Bloggers
Diary of a Realtor
Reston, Virginia

In Oklahoma City most of the older folks on my street pretty much stay to themselves, but our our home in Florida being close to people in a condo we all interact daily.

Walking the dog has been the biggest enabler to knowing our neighbors.

I think in towns where people travel great distances to get to work, interaction can be very rare. My neighbor leaves for work around 5:15am and gets back very late. I wouldn't know him if I banged into him in the grocery store. On the other hand, my neighbors on the other side have become wonderful friends.

I agree about working to make more and better connections. Having good neighbors can make life better.

I was a latch key kid too Holly Weatherwax . I say hello to my neighbors and I live in the big city . Enjoyed your post .Glad it was Featured

God tells us to love your neighbor just as you do yourself.

Wonderful post and good reminder how one act of kindness can make all the difference in someone's life. Congratulations on being featured - well done!

I found this to be an outstanding post as it provoked me to think about community.

500 followers on social media does not necessarily mean you are part of a community.

I reflect on my early years and how people were outside and interacted with neighbors and helped each other in times of need.

Now, it is often found that even after several years you do not know your neighbor.

I am glad to hear that there are places and people who are intentional about community.

Hi Holly Weatherwax, bad people were always around and did horrible things, now, those bad people are in the US. I grew up in a different country and witnessed bombings, shootings, police force as a young child so I know violence was always there. We can't possibly change the entire world but we can each take responsibility and start within our own communities. This is a great post, congratulations on the feature.

Like
favorite_border 1
Chris Lima
Turtle Reef Realty - Port St Lucie, FL
Local or Global-Allow me to open doors for you.

Holly Weatherwax, congrats on the well deserved feature.  This post brought me back to my childhood where everyone knew everyone.  That has its pluses and minuses, but it was mostly positive.  My family, grandparents, aunts, uncles and cousin all lived within walking distance of each other.

I was the first to move away and while I don't regret that decision, I do miss the community feel.  Florida happens to be a bit transient. However, I have met some amazing people that also share my love of close community connections.

Some folks that have not experienced the joy of having that close knit community are truly missing out. I believe that we are being programmed to be apprehensive and disconnected. I, for one, will always have a pot of coffee on and and have an ear to listen and no matter how divided we seem to be, at the end of the day we are all human beings and we weren't meant to go it alone.

the value of needing each other, building connections, it happens naturally. If you grew up on a small town where everybody knows everyone, good for you. Dont force connections. But I still keep in mind that connecting with the people in your neighborhood has all sorts of mental, physical and emotional benefits. Congrats on the feature Holly Weatherwax

Holly- what a wonderful post!  I totally agree with you. Where is the sense of community?  Recently I did read that a group of students in Boca made it a mission to reach out to fellow students who were eating alone.

Our good friend just made a quick trip to Houston for a party for his former commanding officer in Viet Nam. He has cancer so his wife wanted to pull everyone together for him.  He has formed a community with those he served with.

I agree with John Henry in that today's tech society continues to make it all too easy for us to avoid interacting in person with anyone. We can shop via the internet. We text and don't talk.

We have to begin interacting with our fellow humans out there!!!

Interesting post to say the least! I moved to coastal NC from midtown Atlanta. I found it much easier to make friends in Atlanta, than in very small towns

When I grew up, knocking on someone's door to be invited for a chat or a cup of coffee was an accepted way. Today, I never go knocking, people behave different today, its almost as if you have to call or text to make an appointment.

What is so very tragic, the 'loner' shatters a community by killing people in it. In various neighborhoods, sometimes the residents want to be social, other times they don't.

Holly, I completely agree. However, loners who are disturbed or have violent tendencies have always been part of our communities.  Community is a wonderful thing, but it cannot change a dysfunctional mind. That being said, it is still a worthwhile goal.

I believe some of the disconnect does in fact come from community design. My last neighborhood in Georgia has large yards, no sidewalks, and backyard outdoor living space away from casual interactions. In foru years I know 3 neighbors. I moved to Bluffton SC and knew most of my new neighbors within a week. Small front yards, sidewalks, and front porches. Developers have done a better job at creating more intimate communities, walkable, passively interactive. Who isn't going to say hello when walking down the street and a neighbor is sitting 10 feet away on their front porch?

We had zero Holloween visitors week, so what!

Accept them all the way HE made them, who are we to be judge-mental

More candies for me!

Holly, what a wonderful post - and it made me aware of my own community.  We do know each other, the kids the dogs - the whole thing.  We have a block book group.  But in DC, all most of the children in the neighborhood are scattered around into different private and charter schools, and that can make a huge difference! 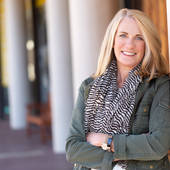