Recently, people have been asking if mortgage interest rates will be going up.

That’s a good question. And it’s good to be concerned about it if you’re considering buying a home in the near future.

There’s no way to definitely answer this, let alone how much the rates will go up. They go up and down constantly. If they go up (or down) a little bit, that won’t really affect you all that much.

Deep down, the concern is of course whether the rates will go up a lot… enough to impact how much home you can afford, or to even be able to qualify for a loan at all.

The one thing we can say for sure is that mortgage rates have been historically low for quite some time now. Literally for years and years.

At some point, they will probably go up a good amount. One could even argue that they need to go up. But let’s not get into that debate…

If rates go up, a buyer could:

So, what is an agent to advise?

To say that, “You should buy now, or you will miss out due to interest rates rising…”, can lead to fear-based decision making. That isn’t something a good real estate agent makes a habit of doing with their clients. Or at least shouldn’t.

Besides, the interest rates may not go up enough to affect you, if at all.

So, the best way to look at it is this…

If the thought of interest rates going up concerns you…buy now. Or at least sooner than later. Not because of fear that rates may go up. But because you are dealing with a known quantity, as opposed to the unknown. And because the mere fact that you are concerned speaks volumes about what you want to do deep down inside.

This is all pretty general advice…

If this has been concerning you, give me a call, or just reply back. I’d be happy to hear more about your situation and needs, so that I can advise you more specifically.

P.S. If you’re thinking about buying sooner than later, it might make sense to lock in an interest rate now. If you have a mortgage advisor, consider discussing this with him or her. If you don’t, just ask me and I am glad to recommend a great mortgage lender.

I want to be the person you come to for help in buying or selling your home.

Good advice. We don't want to pressure or scare anyone to buy now. If they're ready to buy now great but if not, soon is better to beat the rate going up. 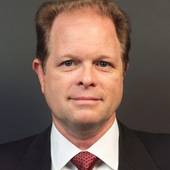