This was sent to me and "I, myself" being really slow in understanding anything about computers laughed & laughed.. I'm one of those that spends 10 the times the normal time trying to figure anything out... So, to those of you out there like me...ENJOY!!!

I was having trouble with my computer. So I called Eric, the 11 year old next door, whose bedroom looks like Mission Control and asked him to come over. Eric clicked a couple of buttons and solved the problem.

As he was walking away, I called after him, "So, what was wrong?"

I didn't want to appear stupid, but nonetheless inquired, "An,ID ten T error? What's that? In case I need to fix it again."

Eric grinned..."Haven't you ever heard of an ID ten T error before?"

LOL!  now that really made me laugh!!

That is great. I mean I will use that but in good humor.

Good morning Pat- That was really cute, I am going to share it with some friends, have a great day!

LOL!!! Pat, that was friggen funny... I will giggle at that one for a while.

Don't feel bad I use my daughter to help me.  She knows better than to insult me however.  She still needs me.

Hey, AR buddies....I'm glad to see that there are actually other out there like me that DO NEED HELP!!!  LOL 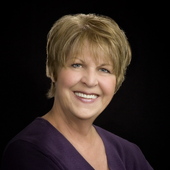