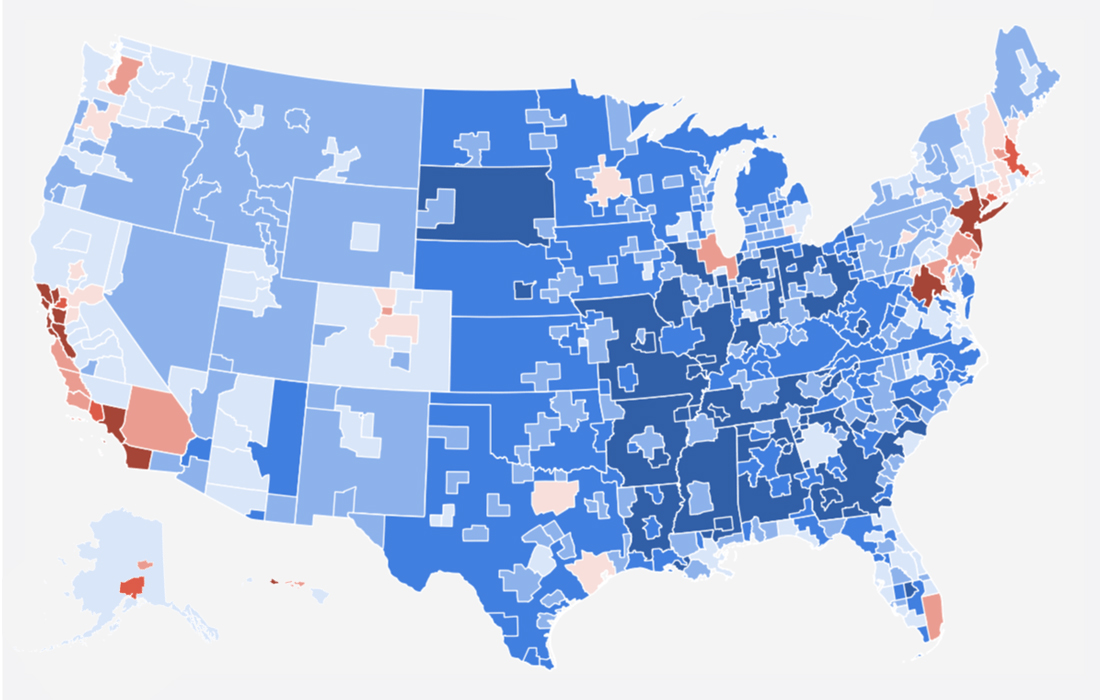 Just as we’ve discussed in recent reports, a lack of affordable housing, rising rents and costs of living are pushing people to secondary cities as alternative places to live. The issue of affordable housing does not just affect lower-level income groups. Residents classified as middle-income are also increasingly finding it more difficult to survive in major cities and that includes our city of Miami. This trend of relocating in search of more affordability has led to new ‘boomtowns,’– cities where the cost of living is generally more affordable… for now.

In search of a more affordability and a better quality of life, people of all ages are migrating from coastal cities to secondary cities – attracted by a lower cost of housing, lighter tax burdens, strong job growth and the opportunity to purchase a home.

Some of the most popular secondary cities being considered by those who have been out-priced in the larger markets include: Austin, Atlanta, Detroit, Portland, and Columbus. Nashville, Sacramento, Atlanta, Phoenix, Austin and Dallas are among the top-10 cities with the largest influx of new residents, according to new data from Redfin analysts.

“People in the coastal markets are just fed up with double-digit price increases, and they’re moving to a commuter town or to the middle of the country,” said Daryl Fairweather, chief economist for Redfin. “In our most recent ‘hottest markets’ report, Indianapolis tied for third place with Boston among the cities where homes go under contract fastest. People are moving there from Chicago, Los Angeles and the Bay Area because it’s affordable.”

In addition to housing prices, those looking to relocate have cited the Republicans’ tax overhaul, which, among other provisions, eliminated the state and local tax deduction for six states with high property taxes: California, Illinois, Pennsylvania, New Jersey, New York and Texas.

“If you can’t itemize your taxes, you’re not getting the tax benefit that offsets your high mortgage-interest payments, which also cuts into affordability,” Fairweather said.

The Redfin report also shows how out of reach opportunities for home ownership are for the average American. In the third quarter of 2018, it was found that in 78 percent of markets, home prices are now less affordable than their historic averages.

ATTOM Data Solutions found that 30 percent of the population lives in a county where you need an annual income of at least $100,000 to buy a median-priced home.

As we reported in September, in Miami, a family of two adults and two children would need to earn a combined $84,972 per year — or $7,081 a month — to live comfortably, according to the Economic Policy Institute. The problem lies in the fact that the median two-adult Miami household earns less than $52,000 a year.

MOVING TO A SECONDARY MARKET ISN’T NECESSARILY TRADING DOWN

Many people relocating to a secondary city initially have the mentality that the move would be trading down. But, due to the availability of housing, jobs and entertainment, many found reduced stress and an improved quality of life.

Those who took a leap of faith by trying out a new market have found life improvements which include: spending less time in traffic and commuting, free valet parking in many smaller cities, entertainment is more accessible without a need for reservations and availability of event tickets; obstacles that people in big cities just realize are a fact of life.

Sacramento, which tops the list for the most new inflow of residents, has the highest percentage of new residents coming from San Francisco. Sacramento’s median sales price in September was about $350,000, a fraction of San Francisco’s $1.5 million.

Miami is more unique in that we are seeing migration traffic go both ways. Those in higher income brackets are looking to Miami as a secondary city as a way of avoiding the high taxes (and brutal winters) of New York and New Jersey. Other current Miami residents, who are no longer able to afford the rising Miami rents, but still want to stay in Florida, are heading to cities like Tampa, Palm Bay, Orlando suburbs and even college towns like Gainesville and Tallahassee.

HOW LONG WILL THESE CITIES BE VIABLE ALTERNATIVES

The biggest challenge facing secondary cities is how they will handle growth. Home prices have risen rapidly in many of them, so although they are “affordable” cities compared with some coastal markets, they’re far less affordable than in the past. Another major challenge for many of these cities is the lack of public transit, particularly rail and commuter networks.

Proposals are in place in Atlanta to build 21 miles of light rail and 18 miles of bus rapid transit lanes. In Dallas, funding is still lacking for plans to expand a downtown subway system and a commuter rail line.

It will be interesting to see how these cities grow to be able to handle the influx of residents. Will jobs still be ample? Will a lack of mass transportation choke commutes? And will reduced housing inventory send home prices upward, just as it did in the primary cities?

While it will indeed be interesting to see how the rest of the U.S. adapts to these changes, for cities like Miami, we can’t turn a blind eye and watch our residents leave. Without additional affordable housing, we’ll be at risk of losing our economic diversity and vitality. Without varying levels of housing for employees to live in, we’ll be limited as to the types of jobs and industries we can support. Without affordable housing, we’ll continue to lose residents to the secondary cities and our economy and opportunity for growth will eventually be hindered.