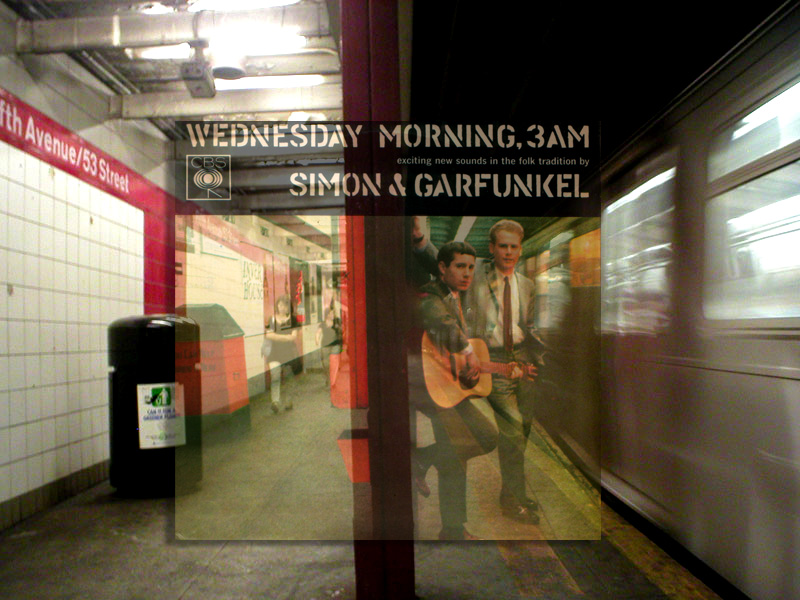 An artist has uncovered the location of some of the most iconic album art in the last sixty years. Bob Egan, also a New York commercial realtor, has used his cross-city knowhow to find the exact addresses of the cover shoots for bands such as Simon & Garfunkel, Bob Dylan and The Who.

The project is an interesting reminder that the more Manhattan changes, the more it stays the same. The city is, and always will be, synonymous with cosmopolitan style and culture. Property will always be in demand, the allure of will never diminish, and by some wealthy individuals, luxury real estate will continue to be defined by the view of Central Park and the cache of owning a throphy apartment at 15 CPW. The fashion district may move across town and Madison Avenue has seen its Mad Men shuffle, but within the city, they all remain.

Back in the 60s, Manhattan was home to some of the most prestigious addresses in the world. It still is. Let’s see which premium properties are being sold near the locations of these album covers today. Owners knowing the once-forgotten history behind some of these neighborhoods have another arrow in the quiver when it comes to resale.

Here are some of the addresses unearthed in this music detective’s search, and some recent Manhattan luxury property sales to give you an idea of the value today.

Simon & Garfunkel were in the subway near Fifth Avenue and 53rd Street in Manhattan when this shot was taken. The closest luxury property near that location is the Lehman Art House, which is asking for a cool $65 million, in 1964, when the album came out, that would be the equivalent of $8.8 million. That’s a lot of 99 cent singles of Sounds of Silence. Art Garfunkel said to get the shot, several hundred pictures were taken that were unusable due to offensive graffiti on the wall. This inspired a later song: "A Poem on the Underground Wall".

The cover of this Steely Dan album was shot on the corner of 79th St. and Fifth Avenue, near the “Miner’s Gate” entrance. The Woolworth Mansion sits a block away. It was there, in all of its opulence, when the photo was taken. Today the immaculate 19,950 sq. ft. suite is up for sale, and is asking $90 million. The Kids Are Alright

The famous cover of The Who that had them sitting on the ground, draped in a Union Jack was shot at the corner of 116th St. and Morningside Drive. Just around the corner, on Riverside Drive, rests Manhattan’s last remaining free-standing, single family mansion. The interior boasts 12,000 sq ft., and the asking price is $14,950,000. Ricardo Mello - This is sooooooooooo COOL! It has to make riding the subway a lot more fun! I wonder if AR members Lawrence "Larry" & Sheila Agranoff. Cell: 631-805-4400 know about these locations? It is a brilliant idea that Bob Eagan, a Commerical Realtor found a way to locate where these album cover shoots were shot!

Richard, this is very cool, and some of the best artists from our time!

Love them all Joan

Richard, I had no clue about Steely Dan and the Who locations...pretty cool!

Hi Nick... Thanks for stopping by and have a wonderful wkd...;)