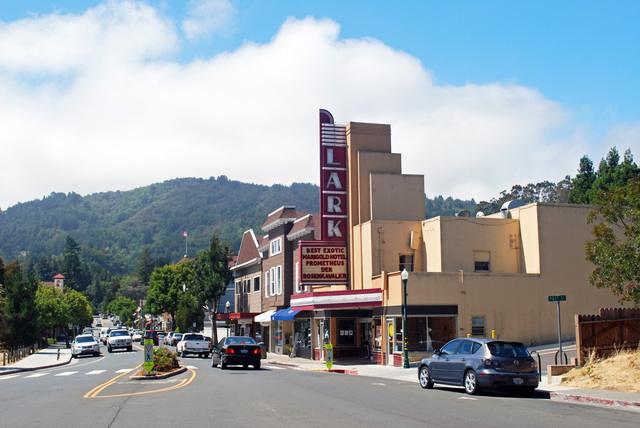 As expected, the week is opening with an attempt to make sense of how the G20/China trade truce may play out.

Back in the spring of 2004, I lived in Larkspur, CA, and I happened to be walking through town when I saw the "Help Wanted" sign.  Now, mind you, the "town" in downtown Larkspur consists of a (admittedly very charming) two blocks of old buildings, mostly converted to commercial space, the City Hall and a church.  And that's the way it would have been into the future were not a restoration effort to save the art deco Lark Theater underway.  The aforementioned sign was a call out to volunteers either to get their hands dirty or make their wallets lighter and since I had just finished remodeling my place I figured, "What the heck?"  Why not see if I could help with the remodeling even though it was unlikely they'd want accept any elbow grease from someone without a contractors license?  I mean, this was chic, wealthy Larkspur.  They didn't need some weekend warrior screwing up the masterpiece.

"The Lark" was built in 1936 and despite its hallowed place on the National Register of Historic Places, and its anchoring of the "Historic Distric" of the north end of downtown Larkspur, by the end of the '90's a betting man would have put the most likely fate of this single-screen gem under the bucket and treads of some redoubtable Caterpillar excavator.  But Bernice Baeza turned out to be stronger than steel.  She was the one who stared down the wrecking ball, raised the funds to remodel the place and saw through the Herculean effort to reopen the theater.  Bernice was the one that called me back that day and said, "Sure!  Come on down, bring your tools and we'll find something for you to do."

Turns out, getting the theater ready for opening day appeared to be about as impossible a task as you can imagine --- and this ran in parallel with a fundraising effort that I sensed was equally as daunting.  In any case, for the span of several months a small group of us worked hours on the dilapidated structure.  Even the framework that supported the marquis was in such disrepair that one day we watched contractors come in and jack the thing up --- not knowing if the whole damned facade would crumble upon the attempt.  The place was gutted, the floors ripped up, and until the night before opening day --- and yes, I was grouting the tile on the kiosk at 4am that very day --- I'll confess that most of us, other than Bernice, could not see a path to the grand reopening.

Yet it happened.  And you can still enjoy the theater today.  And Larkspur's downtown remains so much the better for it.  And though Bernice passed away from cancer in 2012, she got to see her dream of restoring the theater, to the community's benefit, come to pass.  I am grateful to have played a small part in the work, and more grateful to have had a big lesson in life reinforced.  It's the old Margaret Mead saying, "Never doubt that a small group of thoughtful, committed citizens can change the world.  Indeed, it is the only thing that ever has."

The show must go on,

thanks for keeping us up to date - I hope you had a great weekend and a booming week to come!