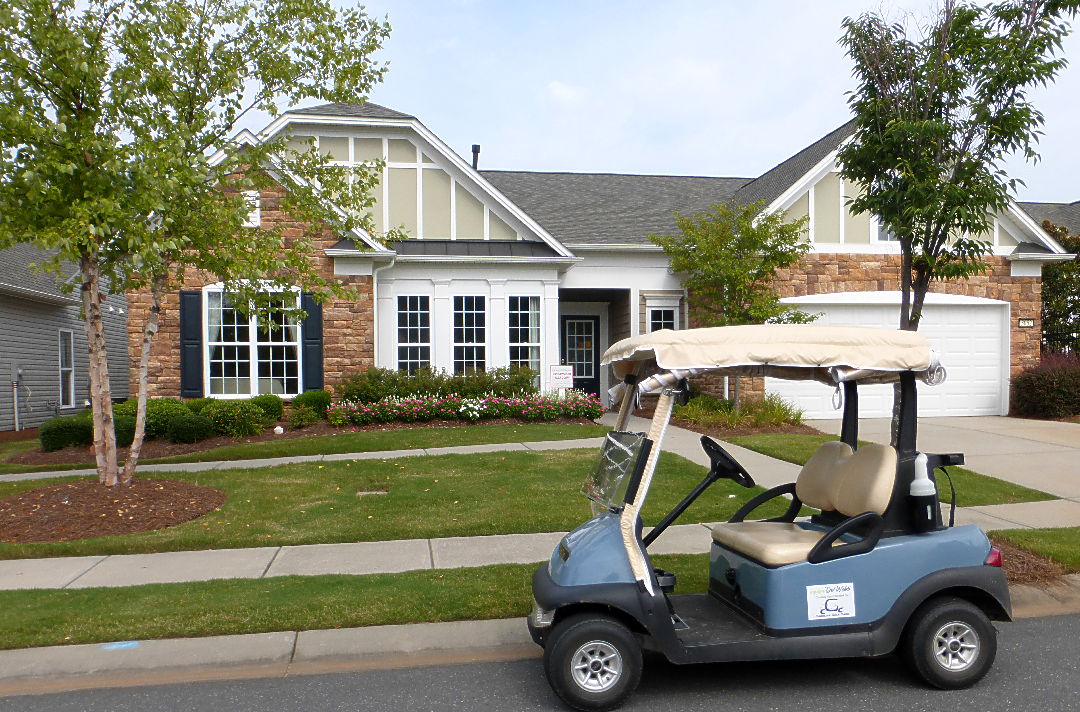 Did you know that most of the largest 55 and Over Communities are located in the best small towns?

The Active Communities that Del Webb, Cresswind and Trilogy builds are mostly located on the outskirts of metropolitan areas for several reasons.

1. Development of the large communities requires a lot of land,  This land procurement could be quite expensive the closer in a city you go.  So many times they are placed in an area in the growth path, but on the edges of the city.

2. Many retirees want to move to an area that is not quite so tied up in traffic, that has a little slower pace. But they don't want to move too far out, away from friends and relatives.

3. Many of the areas where these 55+ communities are built offer a school tax exemption for seniors. That helps a lot.

4. These same areas where the new 55+ communities are build built usually has a hospital planned nearby to coincide with the building of the development.  When we moved in our Del Webb community, a new hospital was opening their doors right next door.  This is part of the plan.

6. New opportunities to explore the area are exciting for everyone.  Even though you may not be moving too far, there is a whole new world out there, probably offering more than you expected.

The larger developers site selection team does a great job in selecting great small towns to retire in. They know if the huge investment they are making in the community does not pan out with future residents, they would be in trouble. Most of these new 55+ community are the best selling communities around. People love living in these communities and the market is strong.

Hi Robert Fowler - 55CommunityGuide.com . Good blog on the 55+ communities. We have a number of 55+ Homes For Sale in Arizona in Scottsdale, Mesa, Sun City, Maricopa, Gilbert, Goodyear, Sunlake Village and around Maricopa County. The golf course areas with the golf cart access to recreation centers and shopping makes it a very nice and civilized way to live.

55+ retirement communities and Del Webb community living are the focus of my blog at: Over 55 Community Blog