In January I wrote about moving across town in, "Tracy Santrock's Moved On & Checking In w/Activerain". Our new neighborhood and neighbors are warm and inviting.  They've really made the transition an easy one.  I was asked today by another agent in my office, "Are you happy about your move to Glenkirk? What do you like about Glenkirk?"  and I replied, "There isn't one thing I regret - the location, quality of home, neighborhood amenities, and the neighbors are all a big plus.

So, it can't be perfect.  What would be the ONE thing you would change?  Well everyone, I spent many years growing an established garden at my previous home and I miss it.  The landscape had matured - Leyland Cyprus, Butterfly bushes, Crepe Myrtles, Clematis vines, Tomato garden, Herb garden, and lily plantings really made the home sparkle.  I vow to make this home just as warm and inviting as the last but it will take a while. If you have an afternoon free and are in for an adventure head out to Holly Hill Day Lily Farm.  They are only open to the public for seven weekends per year starting June 7th and commencing July 20th.  I'll never forget my first trip to the farm.  I met the owner, Jim Massey, and he is quite a trip.  He has stories about all of the lilies he grows. The farm has over 1,000 varieties available for purchase during the lily season.  I happened to purchase a unique yellow variety called, "Davies Moon Pie".  I think that has to do with one of Jim's friends but I'd rather not ask.  I forgot to mention that the farm is almost as well known for its eclectic garden folk art as it is for its daylilies!

I know I'll be out there on June 7th collecting new varieties for my new home.  I hope to see you all there. Moncure is located just outside of Pittsboro and about 15-20 minutes West of Apex, NC.

I think I'll shoot a video while I'm out there so you can see how beautiful it is!

Tracy,  Lilies are such beautiful flowers!  It's amazing to think of an entire lily farm!

Hi Tracy,
It sounds like you've moved to a wonderful area. I've had to leave gardens behind when I've moved over the years too and I know how hard it can be....it pulls at your heart strings for sure.

I LOVE Day Lilies! This place sounds like a real find. We have a Day Lily farm not far from here too and I was enthralled to hear the stories of where each Day Lily variety had come from (and was equally amazed at the prices of some of the rarer varieties). Collecting Day Lilies can become an addiction...a good one of course.

J-Anne - Thanks for the Kudos. Coming from you that means a lot!

Jennifer - I know what you are referring to and I'm getting there, probably tomorrow.

Great post Tracy and congrats on your move. I absolutely love flowers, plants and gardens. I hope all is well and have great weekend.

George, you are always welcome here on the East Coast!  Thanks for stopping by!

Tracy - I know the Pittsboro area fairly well, but haven't yet discovered the lily farm.  Thanks for sharing such great information!

Penny, prior to growing lilies Jim was a Horticulturist  at NCSU so he really knows his stuff.  You just have to check it out!

I made it out today and bought lilies for my new home.  I have missed the gardens at my old house but am enjoying establishing the yard at the new one...

Thanks Tracy. WE are so glad you enjoy our farm. WE have even more varieties this year. Opps I taught at UNC Chapel Hill for 30 years. This year we are offering some of our rarest Crinums for the first time. See you in June. Jim 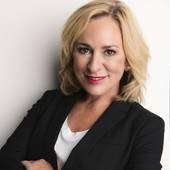 Welcome to my Cary NC Area Real Estate Blog. This blog provides area real estate information and resources to guide homeowners and buyers through the process of selling and buying a house, townhome or even investment property. If you are interested in Cary NC Real Estate, please e-mail me here for a personal response! Thanks and let's get blogging!
Visit Short Sale Superstars