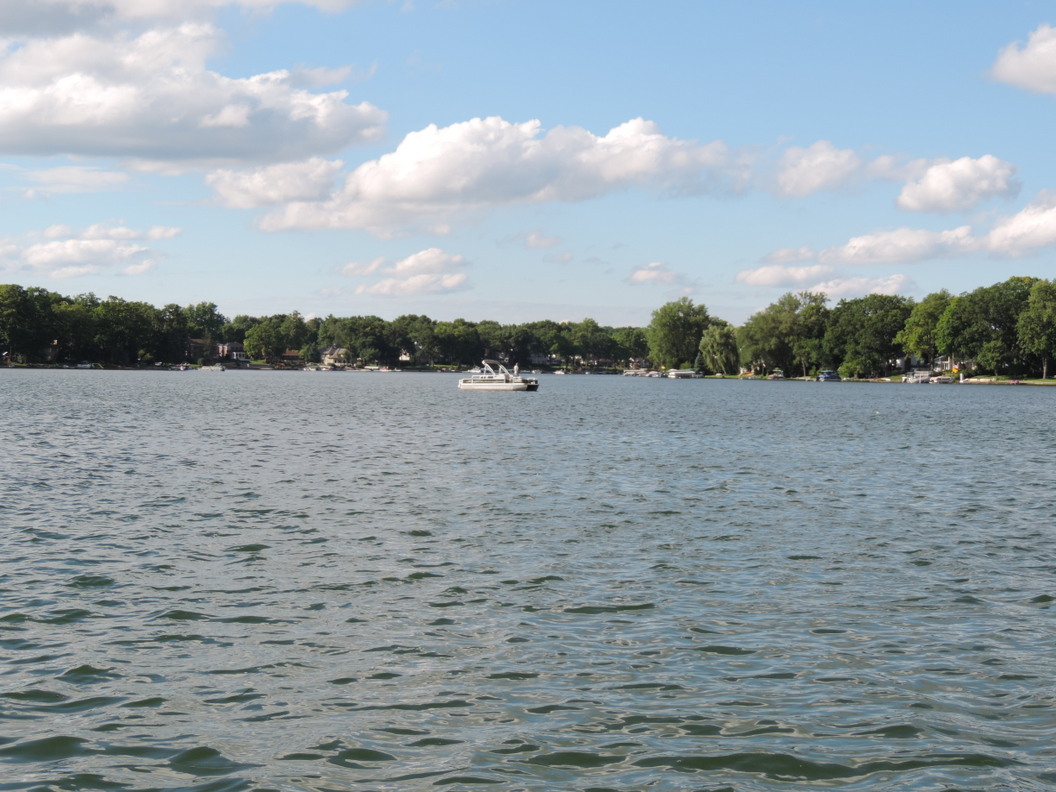 Watkins Lake in Waterford Township is highly desirable for two reasons.  The first reason is that it is a good sized private all sports lake in Oakland County.  Many lake home buyers like private lakes because they believe the lake is less crowed.  That is absolutely true so long as there are not a lot of canal front homes, a marina with docking on the lake, or a lake access homes that have docking privelidges.  If there are many canal front homes there will be many more boats on the main lake.  It is the same way if there are marinas with off lake resident's docking, or if off lake resident's have deeded docks on the lake.  Sometimes some  of these associations have 25 to 50 docks on the lakes.  That's more than some DNR access points.  So being a private lake makes Waterford's Watkins Lake a very desirable lake.

The second reason Watkins is desirable is because it is off a main thorough fare no too far from I-75.  Watkins Lake is only a block or a few blocks north off M-59.  (depending where you are on the lake)  So to get to Chrysler Headquarters in Auburn is an easy drive.  So is a drive to any office in Troy, Rochester, and Auburn Hills. I have helped several buyers find homes on the lake, and I sold one house on the lake for such a good price that many sellers say "if they could get that price for that house we should get a lot more".

Here is some more information about Watkins Lake Like most of Oakland lake homes the homes on the lake are a mixed bag of lake homes.   What I mean by mixed bag is that there are all ages of lake homes ranging from the early 1920's to the present day.  It is the same way with styles and sizes.  There are bungalows, ranches, colonials, contemporary, and split level homes.   It is the same with the sizes of lake homes.  You have them ranging from small lakes cottages of 800 square feet to newer larger colonials over 3000 square feet.  You could have a nice 2010 built 2500 square foot brick colonial next to a 800 square foot aluminum sided home.  The majority of the lake homes are year round homes now though there are still some weekend homes on the lake.   Some lake home buyers do not like lakes that are mixed bag homes because they are used to subdivisions. These are just some of the beautiful homes on the lake.  They are not for sale

Watkins Lake was named for a man named Watkins, who, in 1825, was its first white settler. Mr. Watkins settled in sections 22 and 23 on the south shore of the lake. According to one account of a resident who grew up on the lake and has passed away "Watkins Lake and Scott Lake were connected, but it was filled in to build Watkins Lake Road.  Another resident that has also passed away said "  That the lake level used to be higher but it was lower to develop the point"   Whether either of these accounts is true I don't know, but I thought it would share it with you.