Strathcona was initially known as the town of South Edmonton, and was founded in 1899.  It was named after the first baron of Strathcona, Sir Donald Alexander Smith, who can be seen driving the famous 'last spike' in the photograph taken of the CP Railway in Craigellachie, B.C.  The Calgary & Edmonton Railway company began to acquire land in 1891 with the intention of making South Edmonton the northern stop in its network linking the two cities.  However in 1910 Canadian Pacific began building the High Level Bridge and Strathcona amalgamated with Edmonton once the bridge was completed.

Whyte Avenue is the main street in Strathcona and was named after Sir William Whyte, vice-president of Canadian Pacific.  It features many beautiful Edwardian architectural styled buildings such as the Strathcona Post Office, Princess Theatre, Gainer block, the Connaught Armoury, the Orange Hall, the Douglas block, the Old Scona School and the CP Station.  Whyte Avenue is the centre of activity in the community and features many shops, boutiques, over 90 restaurants and bars.  It is home to The Edmonton International Fringe Festival and the Farmer's Market.

The largest park in Strathcona is Queen Elizabeth Park which is 75 acres of land alongside the North Saskatchewan River.  The park has walking and cycling trails as well as numerous picnic sites.  The Kinsmen Sports Centre is adjacent to the park.  The Walterdale and High Level Bridges connect Strathcona to downtown Edmonton.

Looking for a Home in Strathcona?

Visit my website to search current listings of homes for sale in Strathcona or to be notified when Terwillegar Towne homes come on the market.

The Strathcona residential market has a large number of condominiums and is well supplied.  November sales data improved slightly year over year.  Price per sq ft increased 2% over last year.  Sold-to-list price ratio is also higher at 96.3%.  With 11 months of supply, the Strathcona market remains in a buyer's market.

Here is a summary of the current market statistics for Strathcona.

Do You Have a Question About Strathcona?

Please don't hesitate to email or call me if you have any questions.

I would also be pleased to provide a complimentary comparative market analysis of your home in the current market.

A really nice piece about the history of this area. Never knew this.

There are a lot of good homes to choose from here in your area and I would be pretty proud!

Yes Laura Cerrano , it's certainly a buyers market here.  Thanks for reading! 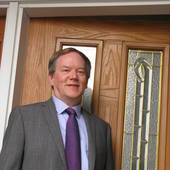