A lot of people especially new buyers ask the question about why move to Long Island, NY specifically, Nassau County? I simply tell them to get a pen and paper so they can write down a long list of reasons which I can provide & then scratch out anything which they would not want. Number one reason is that it shares boundaries with Queens (borough) which is going to be heavily included in the next phase of growth of New York City. Nassau County has several school districts with A+ ratings.

My reason for today's blog post is none of the above instead it is my passion for being around nature. I love being around parks and natural scenic beauty. So, I decided to plot out 5 of the several major parks around the county on a map to give folks an idea about how close they are to metropolitan New York City. Being around nature is great for our health and the little ones so if you're looking for a home away from congested city streets pick a park!

Parminder Singh you make a very good case for a family to purchase a home in Nassau County, NY. 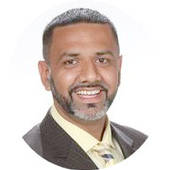